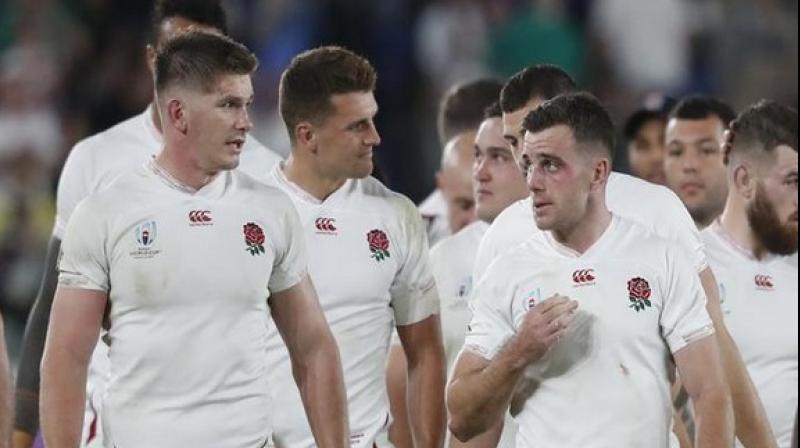 As New Zealand lost its Rugby World Cup semi-final against England on Saturday, Kiwi cricketer Jimmy Neesham came up with a hilarious tweet that is sure to crack you up! (Photo:ANI)

New Delhi: As New Zealand lost its Rugby World Cup semi-final against England on Saturday, Kiwi cricketer Jimmy Neesham came up with a hilarious tweet that is sure to crack you up!

After the loss against England in the Rugby World Cup semi-final, Neesham decided to mute three words on Twitter and they are -- 2019, England and World Cup.

Neesham shared a screenshot on Twitter and captioned the post as "I think that just about covers it".

I think that just about covers it. pic.twitter.com/IAetFuXk4W

England stunned New Zealand 19-7 on Saturday to enter the final of the ongoing Rugby World Cup here at the Nissan Stadium in Yokohama.

With this win, England booked their place in the finals for the first time since 2007. This is the first time that the side has defeated New Zealand in the Rugby World Cup.

In the match, England maintained relentless pressure and dominated New Zealand, also known as All Blacks.

England's performance in the opening 20 minutes in Yokohama rattled All Blacks. New Zealand head coach Steve Hansen looked frustrated during the match as the side failed to create any type of momentum.

In the build-up to the semi-final, Hansen had warned his side of the "hungry animal" it would be facing in the clash to book a place in the summit clash.

The match between England and New Zealand was a clash between top two sides in Rugby, but the latter had entered the match as firm favourites looking at the recent history between both the teams.

On the other hand, the ICC Men's World Cup final between England and New Zealand had ended up as a tie after both 50-over action and super over concluded in a tie. After that England was announced as the winner having scored more boundaries than New Zealand in the match.