The law will be put into effect at next year’s All England Open Championships. 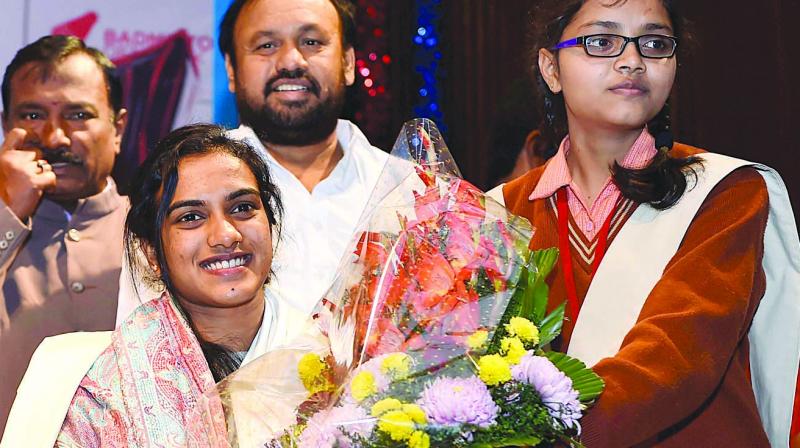 According to the new rule, “the whole of the shuttle shall be below 1.15 metres from the surface of the court at the instant of being hit by the server’s racket”.

The law will be put into effect at next year’s All England Open Championships.

“From my side its just that it could have come at a better time. A different tournament instead of the All England Championships because it is a very prestigious tournament for everybody,” Sindhu said on Tuesday.

“As far as my service goes I am trying but it should not be much of problem. We just need to practice it out,” she said.

Asked about the cramped international calendar, which has been slammed by top players including Saina Nehwal and Carolina Marin, Sindhu said there is no point talking about it.

“The calender has already come out so we can not say we won’t play. Of course its a very tough schedule with the World Championship, Asian Games and Commonwealth Games. I am going to pick and choose tournaments and plan with the coach accordingly.”

The Badminton World Federation has received a lot of flak after it made it mandatory for top shuttlers to play at least 12 tournaments in a revamped schedule for 2018.

However, Sindhu is not on the same page as some of the fellow players who suggested that badminton calendar should have tournaments like the tennis Grand slams.

Sindhu is playing for Mumbai Rockets in the ongoing Premier Badminton League while Saina Nehwal is turning out for Awadhe Warriors.

Talking about her much-awaited clash with Nehwal in the opening day of the third edition of the PBL, which did not take place due to the latter’s injury, Sindhu said she was looking forward to playing against her later.

“Even I was expecting she would play, I put the trump from my side.

“Trump plays a really important role, each point is important. In this formate because there are 15 points, anyone can win. From the first point you need to be focused,” Sindhu said.