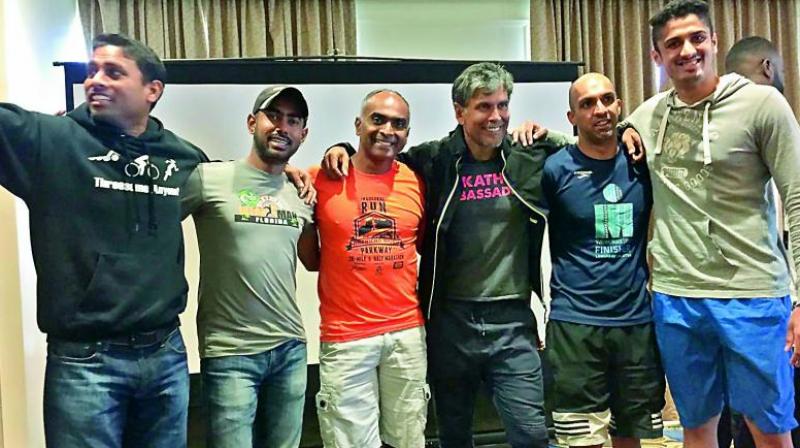 In most races, people compete against each other but when it comes to endurance runs they compete to test their own limits.

While we were rolling in our beds during the past few weeks, five endurance athletes from India (the youngest being 27 and the oldest, 51) overcame huge adversity to complete the gruelling 3-day Ultraman — a multi-stage, multi-day race comprising a 10-km swim, a 421-km bike ride and an 84-km run.

Success in these endurance sports is all about your mental ability to handle pain and fatigue. The endurance athlete’s most formidable opponent can be found in the mirror because you are both the problem, and the solution. So, what does it take to reach your potential as an athlete?

The true challenge in endurance events is between you and your mind. How does one do it? Dean Karnazes, who finished 50 marathons in 50 US states in 50 consecutive days says moderation “bores” him.

Your body can go well beyond perceived limits of fatigue. In an endurance environment, what you’re physically capable of is determined more by mental strength than by physical ability. Your brain will be pleading with you to stop and mental limitations will kick in much before physical limitations.

Abhishek Mishra, who was one of the five Indians competing at the Ultraman Florida says it’s down to overcoming fear. “One common thread among most endurance athletes is a lack of fear. Signing up for an endurance event is signing up for adversity. In most races, people compete against each other but when it comes to endurance runs they compete primarily to test their own limits. The feeling I get from bettering myself, reaching miles beyond my previous personal best, far outweighs the difficulties.”

Endurance athletes have to cultivate mental toughness that will help them cope with pain, fatigue and misery. Dr. Kaustubh Radkar, the posterboy of IRONMAN in India and one of the five Indians to complete Ultraman Florida says the key is “learning to ignore body signals”.

“Don’t feed into your fears, one has to feed into positive thoughts — those are the ones that are going to get you.” And Prithviraj Patil, the youngest of the five who completed the Ultraman says, "Endurance sports are all about intrinsic motivation, finding joy in the pain. Convert outside circumstances to focus on the task at hand. It’s easier said than done but that’s what makes a career athlete.”