Setalvad brothers back where they started

Both represented India at the Asian Games and are currently participating in the National Equestrian Championship held in the city after 21 years. 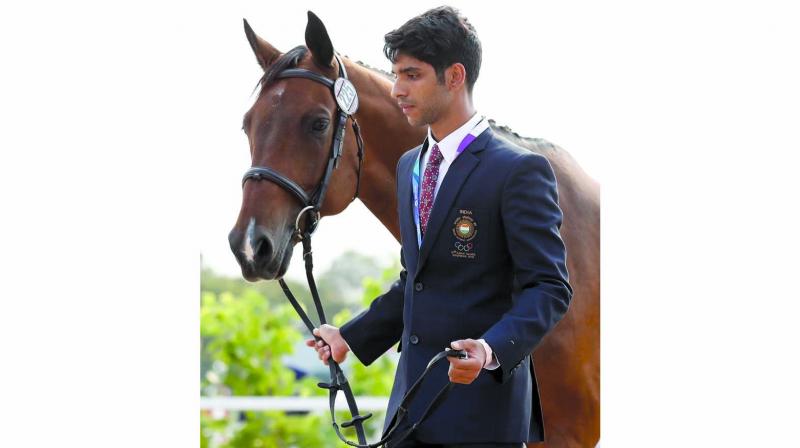 Setalvad brothers had first brush with Equestrian at the Amateur Riders Club (ARC) in Mahalaxmi as kids. They are back at the club to participate in the National Equestrian Championship 2019 (NEC) held in the city after 21 years. Kaevaan and Zahan son’s of former additional solicitor general and appointed advocate Kevic Setalvad in Mumbai as the Additional Solicitor General of Bombay high court Kevic represented India at the Asian Games in Jakarta last year along with Yashaan Zubin Khambatta and are showcasing their riding prowess in the competition.

At the age of six, the 22-year-old Kaevaan started picking the basics of riding at ARC before starting training in Jaipur and Bangalore. He had short but insightful stints in France and Germany. He won the first Grand Prix event conducted in India in 2016 which made him the National Champion and is currently pursuing Law at GLC (Government Law College).

“During the last two decades several talented riders had to leave Mumbai because of the lack of appropriate facilities and opportunities. The new committee at ARC has now completely changed the scenario and the equestrian drain will surely be reversed backed to Mumbai,” said Kaevaan who along with Zahan and many other riders had to shift temporarily to Bengaluru, Meerut, New Delhi and other cities.

“The ARC committee has spared no efforts to put up a spectacular show after 21 years which has generated tremendous interest in the horse community. It means a lot to us that our home club has once again begun to support this sport,” he added.

Kaevaan revealed that the interest among Mumbai youngsters for Equestrian are increasing and they are ready to support aspiring players. “There is a growth in the interests amongst the young riders towards this sport due to the accessibility and facilities provided by the club. After we have successfully represented India in the recent Asian Games, we have received tremendous support from many aspiring young riders. They have requested us to help them improve their techniques which we are willing to do since there is a bright future for this sport,” he said.

Zahan, 20, felt the event will go a long way in making Mumbai once again the epicentre of this sport.

“Kaevaan and I have just returned from Indonesia where both of us had reached to the finals of the Asian Games against the best riders in Asia, and surely, we are looking forward to participating for this championship with the same energy. Mumbai is the only equestrian hub in India and with the new impetus by the new committee of ARC and Equestrian Federation of India, Mumbai will once again become the epicenter of this sport,” he said.

The brothers have quite a few competitions after Mumbai. “We have an exciting year ahead, we are planning to participate for a championship in France and by the end of the year in Dubai. The goal is to mark India on world map for two and three star competitions,” Zahan added.

Dwelling on the reason why Mumbai hosted national event after 21 years, Shyam Mehta, President of Amateur Riders’ Club, Mumbai said, “Equestrian sport was not very popular in India. Back then only Army officials were managing this sport and also the horses participating in this contest were different.  Usually, these matches would take place in Bengaluru, Meerut and New Delhi. Now the sport is growing and this gave us the opportunity to request the Equestrian federation to hold the National Equestrian Championship in Mumbai after 21 years with Amateur Riders’ Club this year.”.