Scientific approach way ahead for India

This is Conway’s second stint in the world of hockey, having previously worked under former national coach Terry Walsh with Malaysia. 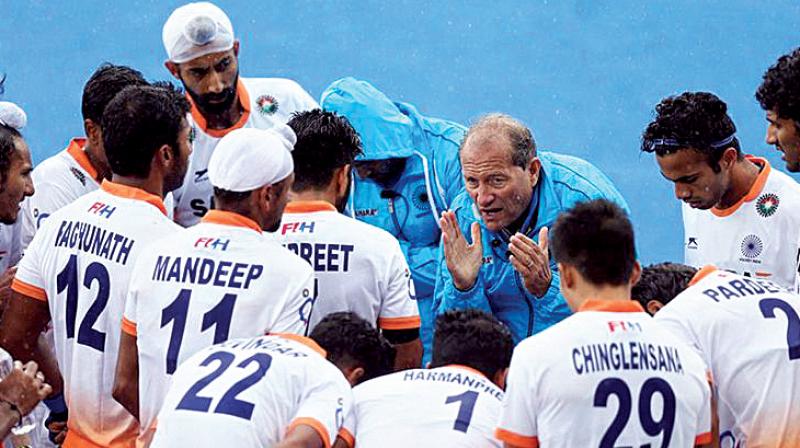 Enter Scott Conway — scientific advisor of the men’s senior side, and part of the new-look foreign backroom staff which handles everything from training regimes to nutrition.

Bengaluru: As India’s hockey stars go through the paces in the run-up to April’s Sultan Azlan Shah Cup here, an Australian has been putting spring in the steps of the 33-man probable squad, carrying forward the vision of a ‘scientific approach’ laid out by head coach Roelant Oltmans.

Enter Scott Conway — scientific advisor of the men’s senior side, and part of the new-look foreign backroom staff which handles everything from training regimes to nutrition.

With the hockey season starting to gain speed, Conway is using his expertise in the sports-science field to ensure the squad can maintain optimal levels of physicality in the pursuit of trophies. “I take care of any physical or nutritional aspects. The conditioning, sprints, agility, work in the gym for strengthening, muscle growth, power... things like rehab if you have any injured players,” said Conway.

“Also tracking the players’ load — how much they’re doing on and off the pitch. Then the nutrition side supplements to be given to the players,” he explained.

Conway is impressed with what he’s seen with the squad thus far and relishes the idea of working with a side that’s at an ‘elite’ level. “The players are keen and super professional, even the young guys. Their professionalism and dedication to training are much higher than I expected, which makes my job a lot easier,” he beamed.

This is Conway’s second stint in the world of hockey, having previously worked under former national coach Terry Walsh with Malaysia.

When asked about Walsh’s input before he took on his current role, Conway said, “(He said) The team you will be with is a truly elite, professional team. And that’s something you need to be as well, as a sports scientist, and prepare to be challenged.”

Conway said the squad was physically in great shape, debunking a long-held myth that Indian sides can’t hold their own against foreign counterparts.