The Wizards are seeking to become the first road team to win a game this series. 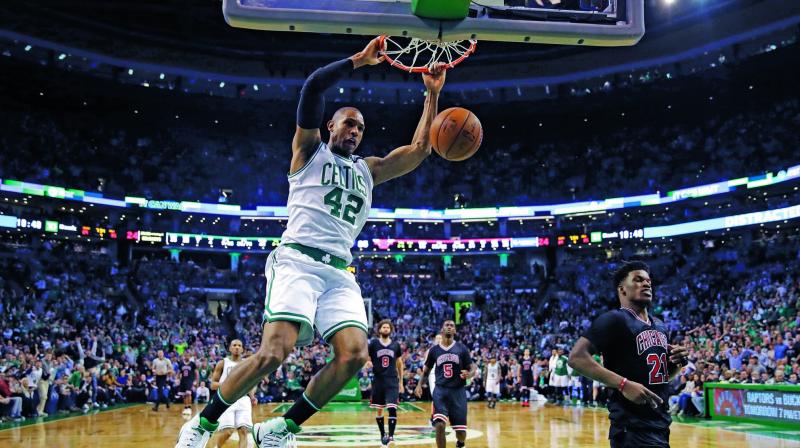 Washington: The Washington Wizards regained control of their first round NBA playoff series, defeating the Atlanta Hawks 103-99 Wednesday with the help of a 27-point performance by Bradley Beal.

In the later game, the Boston Celtics used a fourth quarter run to defeat the Chicago Bulls 109-97 and take a 3-2 lead in their series.

Otto Porter scored 17 points and sank nine of 10 free throws for the Wizards, who offset another poor shooting night from the three point line by making 22 of 27 free throws.

The Hawks, who won games three and four at home by an average margin of 14 points, host game six on Sunday.

The Wizards are seeking to become the first road team to win a game this series.

“We know that we just gave up two games (in Atlanta),” Beal said. “At home we have a different edge about ourselves and we’re more locked in. We have to have the same approach down in Atlanta.”

Dennis Schroder had 29 points and 11 assists for the fifth-seeded Hawks.

Paul Millsap finished with 21 points and 11 rebounds and Tim Hardaway scored 15 points for the Hawks, who shot 41 percent from the field and 14 of 21 from the free throw line.

The Wizards game plan was to double team Millsap, who still managed to score at least 19 points for the fifth straight game.

“We tried to put pressure on him,” Porter said. “We definitely wanted to get it out of his hands early and go from there.”

Schroder’s fifth three-pointer cut the Wizards’ lead to 101-99 with 70 seconds remaining, but Wall answered with a jump shot on Washington’s next possession. The Hawks missed their final two attempts from the field.

In Boston, Isaiah Thomas scored 11 of his 24 points in the fourth quarter and Avery Bradley also scored 24 for the Celtics who won their third consecutive game.

After losing the first two games Boston can advance with a win Friday in Chicago.

Dwyane Wade had 26 points, 11 rebounds and eight assists for the Bulls. Jimmy Butler and Robin Lopez added 14 points apiece for the Bulls, who were without injured point guard Rajon Rondo.

Isaiah Canaan got the start in only his second career playoff game and finished with 13 points for the Bulls.