According to the national badminton coach, successful models worldwide are coach-driven, sports science and athlete-driven 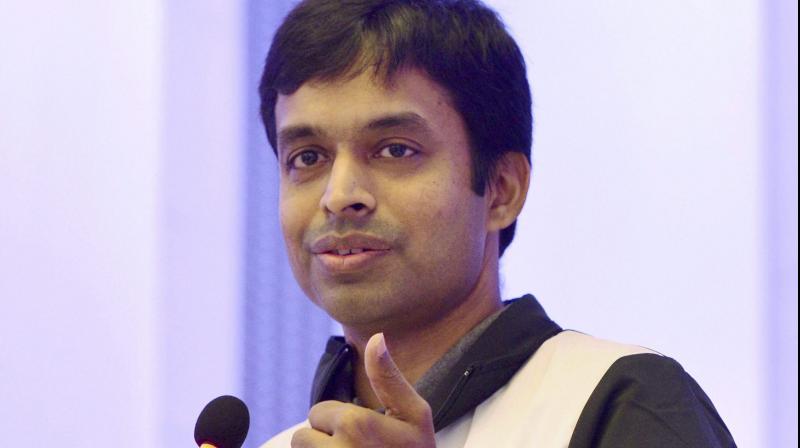 New Delhi: National badminton coach Pullela Gopichand on Tuesday said the current athlete-centric model of funding doesn't benefit sport and there is a need to look at supporting a group rather than individuals to produce more champions.

Gopichand made the assertion while addressing a special online session organised by the Sports Authority of India (SAI) for its newly-appointed assistant directors.

"The structure should throw up champions. The level of competition should be so high that they become world-class without them even knowing. The number 2 and number 3 should be constantly pushing the number 1."

Talking about the importance of coaches in the sporting ecosystem, Gopichand said: "You want people to be on-field, you want them to work as coaches ... (however) as time goes by, a lot of people want to become mentors and administrators and they don't want to continue coaching.

"As administrators I want you to be aware of who are putting in the effort and who are remotely managing.

"Most successful models worldwide are coach-driven, sports science and athlete-driven. People working on the field should be the decision-makers."

Gopichand, who won the 2001 All-England Championship title, said rather than having grassroot-level coaches, intermediate coaches and elite coaches as part of a hierarchy, they should all work paralelly.

He also said that it is important that coaches are constantly motivated so that they don't lose interest in their job.

Gopichand, who groomed Saina Nehwal and P V Sindhu to Olympic medals in 2012 and 2016, also emphasised on the importance of having a strong domestic competition structure to create more winners.

The 46-year old stressed on the need for sports administrators to take a more holistic approach towards player development.

"Administrators should look at being innovative and ensuring the holistic development of the athlete, and we should see that development is happening all through.The champion will last longer if there is a more holistic approach, said Gopichand.