NBA set to allow individual workouts not before May 8

This marks the first small step toward resuming the campaign, although no timetable for that has been announced 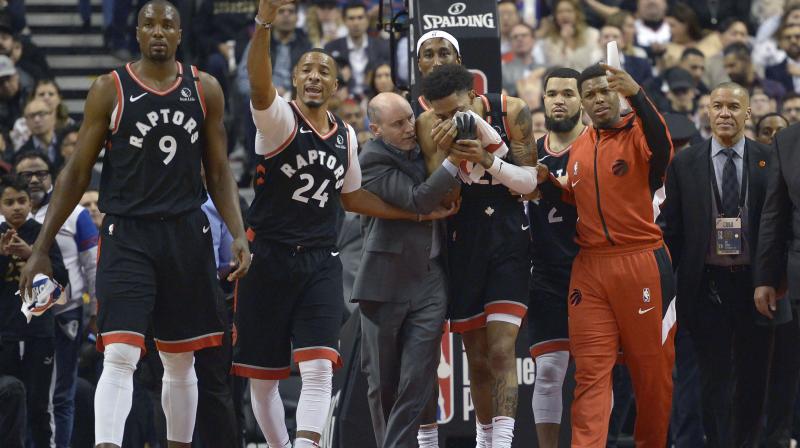 Toronto Raptors guard Patrick McCaw (22) leaves the court with help from players and staff after an injury during their NBA game against the Philadelphia 76ers. AP Photo

Los Angleles: The NBA informed clubs Monday that it plans to allow individual workouts by players at team facilities no sooner than May 8 in areas where allowed by government regulations.

The league shut down its 2019-20 season on March 12 after Utah's Rudy Gobert tested positive for the coronavirus and this marks the first small step toward resuming the campaign, although no timetable for that has been announced.

Georgia and Oklahoma were among the first states with NBA teams to relax quarantine regulations, opening the door to possible workouts at club gyms and courts, with more states set to follow suit in the coming days.

"The purpose of these changes is to allow for safe and controlled environments for players to train in states that allow them to do so, and to create a process for identifying safe training options for players located in other states," the league said in a statement.

While advising that May 8 was the target date for allowing players into team facilities, the league warned it might push back the timing as developments warrant regarding the deadly virus outbreak.