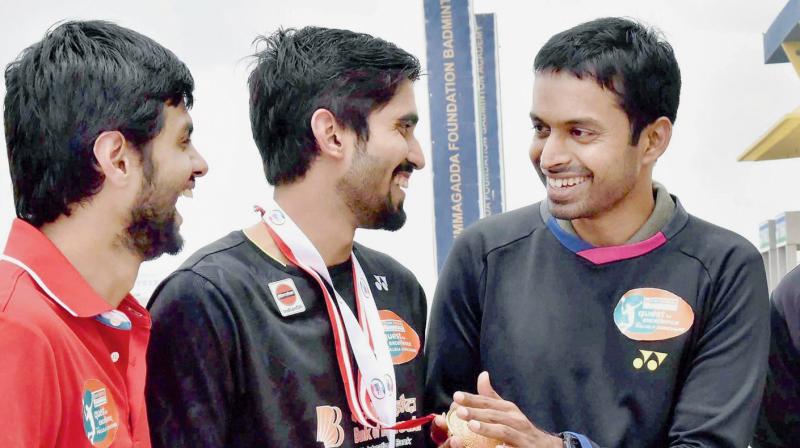 Hyderabad: Two successive Super Series titles — what a month it has been for Srikanth Kidambi! The former world no. 3 shuttler is now gearing up to hit the bulls eye at the World Championships scheduled to commence from August 21 in Glasgow, Scotland.

The hot-shot Hyderabad shuttler currently ranked no. 11 made a giant leap from being no. 22 with his phenomenal performances in the recent outings in Indonesia and Australia.

Not long ago he was battling injuries. “After the injury, I didn’t want to push myself so much and just wanted to train and later play the tournaments. But, all of this (success) is because of (coaches) Gopi Sir and Mulyo Handoyo,” Srikanth said.

Speaking about his improved ranking, the 24-year-old said, “I didn’t play these tournaments to be in top-10 rankings, I played to win them. And now my complete focus is on the World Championships. I will work hard to do well there also.”

Players have to cross many hurdles and face challenges and one such challenge for Srikanth was world no.1 Wan-Ho Son. “Every match was tough for me, I grew in confidence by winning every round. But, the toughest match in the recent outing for me was the Indonesia Open semi-final against Wan-Ho Son,” he said.

National chief coach Pullela Gopichand was very happy with the players’ performances in recent tournaments. “He (Srikanth) was in beast mode in the final and played as if it’s a must-win match for him,” Gopi said.

He also appreciated the efforts of the supporting staff and other officials.

“I would like to thank the entire support team. Thanks a lot for the support from Sports Authority of India and to BAI’s new president Himanta Biswa Sarma for his tremendous support. In the near future we would need more coaches and more supporting staff though,” Gopi said.

Added Srikanth’s father Venkata Seshakrishna, “I wish my son (Srikanth) secures a medal at the Olympics. I have encouraged him by giving him whatever we have and he also gave his best whenever he got the opportunity which took him where he is now.”