Sports   In Other sports  28 Aug 2017  What Gopichand was told by Saina Nehwal post Sindhu's grand BWF World Championship final
Sports, In Other sports

Saina Nehwal's reaction captures the emotion of anyone who watched the match. 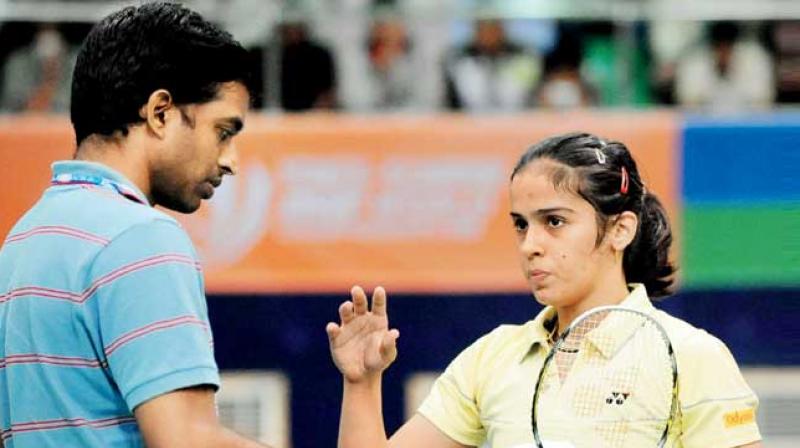 Glasgow: PV Sindhu had caught the nation’s attention last August at the Rio Olympics and, a year later, she did it again, on Sunday, as she brought India to a standstill following her enthralling silver-medal-winning performance at the World Badminton Championships final against Japan’s Nozomi Okuhara.

The 110-minute final showdown , second longest in the format, was gruelling and went back and forth numerous times as neither Sindhu nor Okuhara offered an inch.

While Okuhara denied Sindhu the first game, winning it 21-19, the shuttler made a comeback in the match, winning the second game 22-20.

The match continued to reach new heights as the two continued the slugfest of the highest order even in the third game, testing each other’s skills, patience and also the fitness before Okuhara won the final game 22-20 to secure a gold medal.

Such was the intensity of the match, that those, who watched it live from the stadium and on the TV sets at home, too felt drained. One such big name was Saina Nehwal.

The Olympic medallist and a bronze-medallist at the World Badminton Championships 2017 watched the engrossing Sindhu-Okuhara final from the sidelines.

After the final, Saina walked up to her former coach and badminton great Pullela Gopichand, and her reaction, as she spoke with him about the thrilling final, perhaps captures the emotion of anyone who watched the match, whether on TV, or from the sidelines, or indeed from the stands.

“It had to end someplace. It couldn’t go on,” Gopichand said in reply.

Saina, who appreciated Sindhu's performance, also posed for the pictures with her compatriot following the final.