In total, India have 12 medals from five paralympic Games. 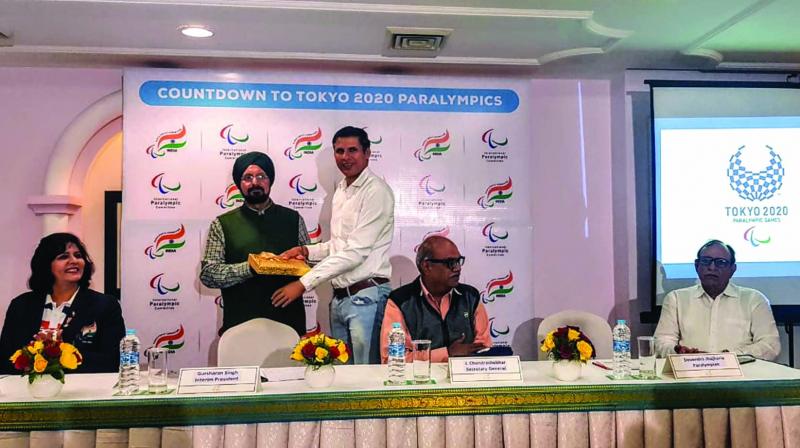 As the Tokyo 2020 reached its one-year-to-go milestone on Sunday, Paralympic Committee of India interim president Gursharan Singh was hopeful that India will come up with their best ever show — targeting as many as 12 medals — at the next Paralympic Games, scheduled for August 25 to September 6, 2020.

This means that India is aiming for more than double the number of medals than Rio 2016 Paralympics, which had four medals including two gold. Though it should be noted that Rio 2016 was India’s best ever show in a Paralympic event.

In total, India have 12 medals from five Paralympics.

“I am confident that Tokyo 2020 will witness India’s best ever performance. We are predicting 12 medal winning performance in sports namely para athletics, para shooting, para badminton and para archery,” Singh said at a felicitation-cum-celebration ceremony for the countdown to the 2020 Tokyo Games in New Delhi.

Recently, Indian para athletes have been consistently producing good results be it in para badminton, para archery, shooting parasport or para athletics, which has always brought home the maximum number of medals. At the Indonesia 2018 Asian Para Games, India ended in ninth place with 72 medals including 15 gold medals.

Singh also briefly elaborated about the preparation of Indian Para athletes, who will be also part of several overseas training and competitions on the way to the Games.

Paralympian Deepa Malik, who has been recommended for the prestigious Rajiv Gandhi Khel Ratna for the year 2019, along with various Junior Para athletes who have performed amazingly well at the recently-concluded World Para Athletics Junior Championship at Nottwil, Switzerland, were felicitated on the day.