The United States will be out to continue what’s become a lopsided rivalry against the International team in the biennial match play competition. 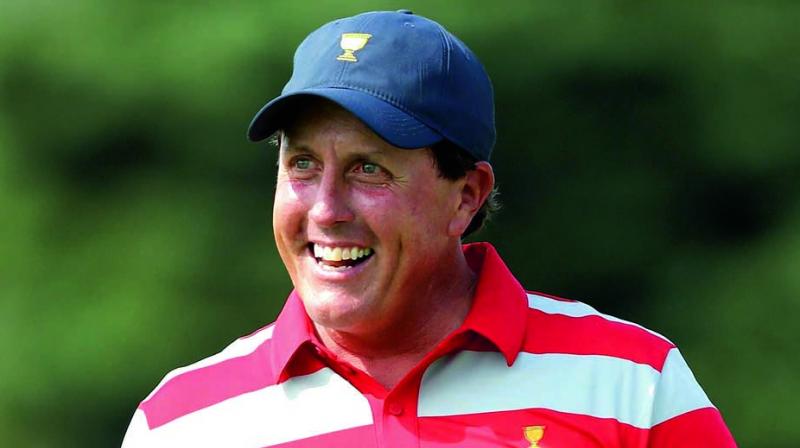 Jersey City (United States): As Phil Mickelson prepped for his 12th straight President’s Cup appearance this week, US teammate Justin Thomas could only marvel. “I was one (year old) when he played his first one, which is really crazy to think,” the 24-year-old Thomas, the newly crowned FedEx Cup champion who figures to be one of the stars of the show in his Presidents Cup debut at Liberty National Golf Club, said on Tuesday.

The United States will be out to continue what’s become a lopsided rivalry against the International team in the biennial match play competition. Mickelson played in the event’s debut in 1994 and has been a fixture ever since as the USA racked up nine wins and a tie with just one defeat to the Internationals.

Combined with his Ryder Cup appearances against Europe, Mickelson will be representing the United States for a 23rd straight time. He’s won 23 President’s Cup matches with 16 defeats and 12 draws. He has a chance this week to pass Tiger Woods’ record of 24 Presidents Cup match wins.

“It’s one of the things I’m most proud of, to continue to be a part of this,” five-time major winner Mickelson said. “One of the things I cherish the most are these events. This year Mickelson needed a captain’s pick by Steve Stricker to join the squad. Stricker said he discussed it with his assistant captains and other players, who were all in favor of “Lefty”.

Mickelson hasn’t won a tournament since his 2013 British Open triumph at Muirfield. But he tied for sixth at the Dell Technolo-gies Championship, second event in the US PGA Tour’s FedEx Cup playoffs.