Badminton: Nehwal goes down to Tai Tzu in final

Saina, who is on the comeback trail following an ankle injury, went down 9-21, 13-21 at the Istora Senayan Stadium. 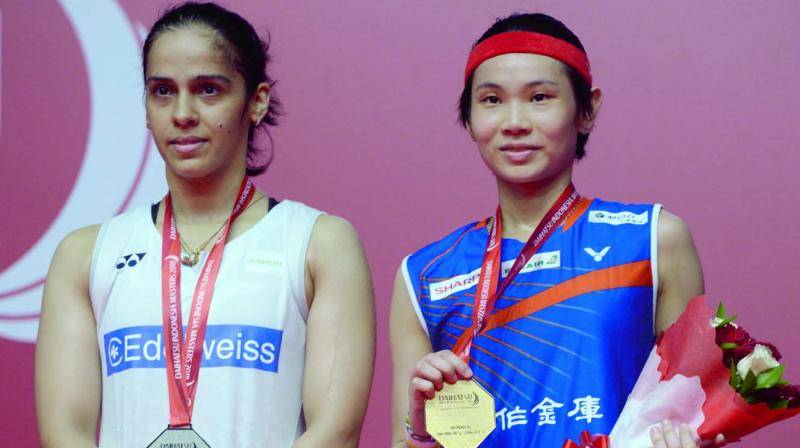 Saina, who is on the comeback trail following an ankle injury, went down 9-21, 13-21 at the Istora Senayan Stadium.

Tai Tzu has now defeated the former world no.1 nine times in their last 10 meetings.

Saina was no match for Tai Tzu on Sunday.

The Taiwan player’s agility and deceptive returns was too much for Saina, who was also guilty of too many unforced errors.

Tai Tzu looked sharp from the first point, jumping to a 10-2 lead and was 11-3 ahead at the break. The duo then engaged in a 43-shot rally, which ended with Saina hitting out. She then lost a video referral as Tai Tzu led 14-7.

A tight net return helped Tai Tzu to move to game point. She then unleashed a backhand return which Saina couldn’t negotiate to seal the opening game.

Tai Tzu continued to dominate in the second game and quickly marched to a 4-0 lead, aided by her immaculate control on shots.

Saina grabbed points when the Taiwanese shuttler missed the line with her returns to move to 4-9. But Tai Tzu maintained a sizeable lead and went into the break at 11-5.

The Indian saved two but eventually a long shot settled the contest.

Tai hopes to repeat her form in this year’s marquee events.