14-year-old swimmer Natasha Patnaik will be representing India at the World School Games that is set to take place next month. 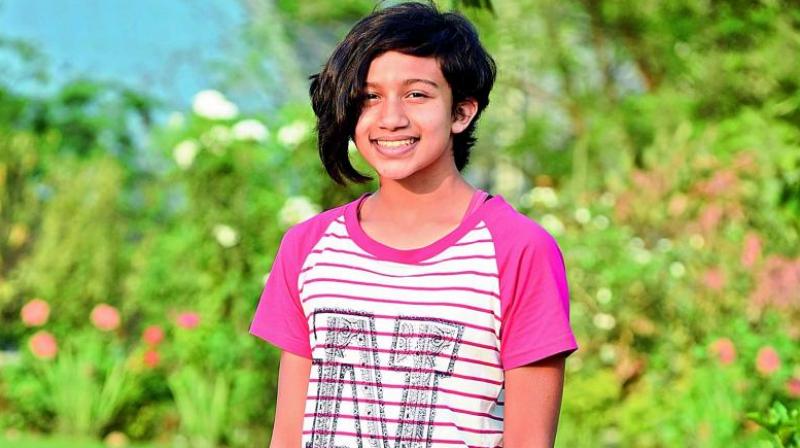 Hyderabad-based Natasha Patnaik is the only girl from South India and the only 14-year-old swimmer who will be representing India in the under 17 years’ category at the World School Games to be held from April 20-25 in Budapest, Hungary.

The swimming star fell in love with the sport when she was just nine years old and since then has competed in Junior and Senior Nationals, winning gold, silver and bronze medals at the National School Games previously. A IX grade student of International School of Hyderabad, Natasha is being coached by John Siddiqui.

More than anything else, the swimming prodigy says that she is ecstatic about representing India on an International platform. “At 14, it’s a huge honour for me to be going there and representing my country. I’ve already been given a team India jersey,” says Natasha proudly, adding, “The trials were organised by School Games Federation of India last Sunday in Pune, and the participants who won the maximum number of points were selected — I got the most. However, I know that there will be intense competition in World School Games and I’m prepared to give my best.”

So, what does Natasha love about swimming? “Ever since I took up swimming as a kid, the feeling that I get when I’m underwater is incomparable to anything else. That’s when I knew what I wanted to do for the rest of my life,” she says.

Natasha cites Hungarian swimmer and a three-time Olympic champion Katinka Hosszu as her inspiration. “I’m confident about winning at the World School Games, but I think it’s the experience that matters to me more than the results. I want to participate in more Junior and Senior Nationals when I come back in order to learn more. My goal is to win at the 2020 Summer Olympics,” says Natasha.

Talking about the challenges she faces, she says, “It’s become difficult to manage swimming and studying. History and biology are my favourite subjects, and I don’t want to give up studying. It all comes down to managing your passions.”

Natasha trains for close to six hours daily, which includes swimming and exercising to stay fit. “My parents have been my biggest support. Without my mother’s encouragement, I wouldn’t have been able to achieve so much,” says Natasha. Her mother Madhurima adds, “I’m proud of her dedication and determination at this age. She sacrifices a lot of other things to make time to swim and study.”