The rafting starts from Kolladi near Cherupuzha where you can let your inflated boats into the wild waves of the Tejaswini. 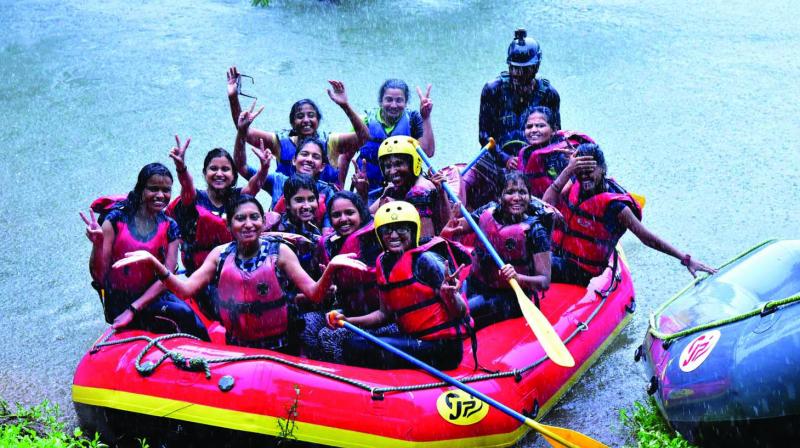 Women are embracing adventure and braving the rapids

Women in our part of the world face discrimination all their lives, simply by virtue of their gender. While strides are being made towards gender equality in India, growing up as a woman in this country can mean one would still face constraints. So it’s not surprising that when we think of adventurers or explorers, we almost always imagine men setting out in search of adventure and excitement. In spite of all this, women-only tours and camps are a growing trend in India. So twenty women decided to break down the barriers and embrace adventure. Through Sahasika, an adventurous camp initiated by ‘Let’s Go For a Camp,’ these women decided to meet up in Josegiri in Kannur district. Then, these women also braved deep waters.

“We did not have to go to the Himalayan ranges or Nepal. After watching some YouTube videos about women rafting in Rishikesh, I always wanted to try it. As I was one of the organisers of a two-day camp at Josegiri last year, I knew there was a rafting spot in Tejaswini River at Pulingom. So I decided on another camp and invited those interested. Most of us, including me, were not swimmers and were afraid of water and waterfalls. But we did overcome our fears,” says Geethu Mohandas, one of the coordinators of the Let’s Go for a Camp community. 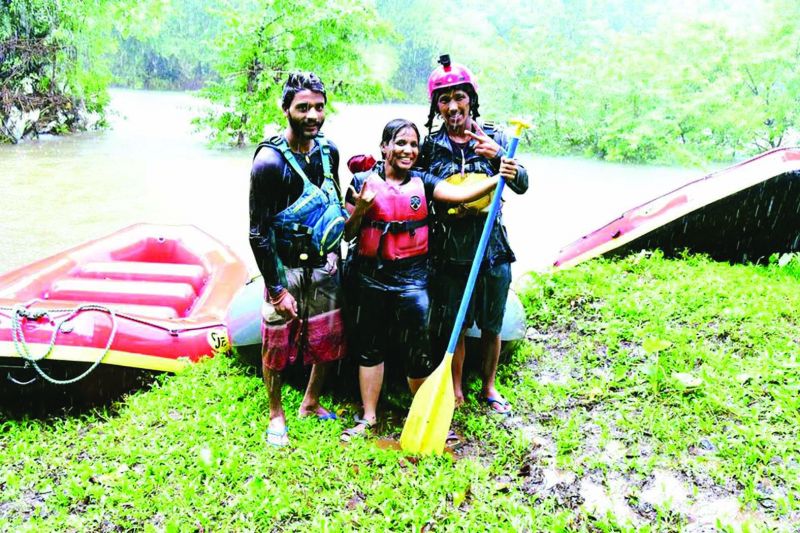 The rafting starts from Kolladi near Cherupuzha where you can let your inflated boats into the wild waves of the Tejaswini. Awaiting you is a series of thrilling experiences that will unravel the many faces of the river.

“You need to book your slots. But there wasn’t a rush when we booked. I think the sport is yet to gain much popularity. Before I started paddling I wondered ‘why am I doing this?’ But soon, we were all pumped and started screaming. After being given a quick briefing on how to paddle and the commands, we went down the stream. Though we were in protective gears, it was so tense. But it was beyond anything I could have asked for when we started to get the adrenaline rush! We were lucky to have two experienced guides with us. Strong and intuitive, they put us all at ease while making sure we were always safe, working together in tandem,” she adds.

It took nearly four hours for the entire session to be completed,  including the safety checkups, preparations and a small session prior to rafting. Geethu hopes after coming to know that a bunch of girls took up rafting, more people will set aside their fear and try it out.