Saina had on Monday described Tai as a complete player and Sindhu too echoed similar views. 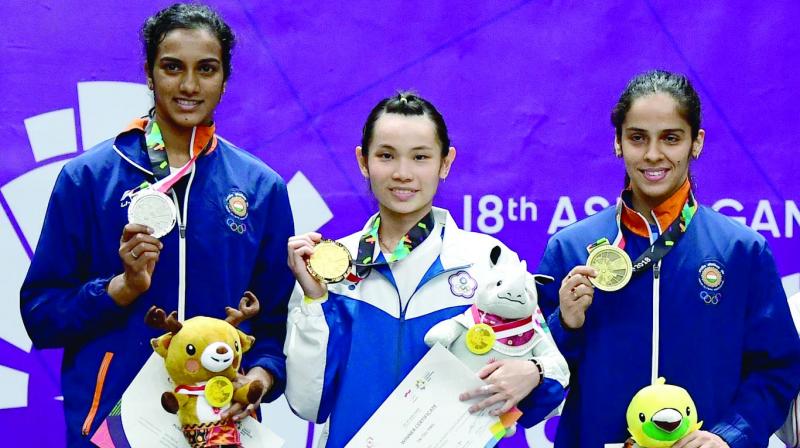 Jakarta, Aug. 28: Outplayed for the sixth successive time by Tai Tzu-Ying, but Indian badminton ace P. V. Sindhu insists she doesn’t have any mental block against the World No. 1, who can be beaten with a little more “patience”.

However, Sindhu insisted that there was not a huge gap.

“There is not a huge gap. We just have to be prepared and ready, definitely we are going to break that (losing streak). It’s not easy but if we work on our mistakes, we can do it,” Sindhu said.

“There is no mental block, but sometimes you make mistakes and give her a huge lead. You have to keep going, stick to that. I gave her easy points.

“If I had played patiently and kept the shuttle in, it could have been different. It was not easy to take points from her because her defence was also good.”

Tai won her country’s first ever singles gold medal in badminton at the Asian Games, outclassing both Saina and Sindhu en route the title win.

In fact, Sindhu and compatriot Saina Nehwal have lost 22 matches between them to Tai.

The last time Sindhu got the better of Tai was at the Rio Olympics.

Asked how different Tai is playing compared to the Rio Games, Sindhu said, “She has improved in her strokes, deception. If we work on those, things might change.

Saina had on Monday described Tai as a complete player and Sindhu too echoed similar views.

“She does not tend to make rallies and has good strokes. Japanese play rallies, Tai is different,” she said.

Meanwhile Pullela Gopichand backed her ward saying, “At the end of the day, all want gold medal but there is enough to be proud of.”