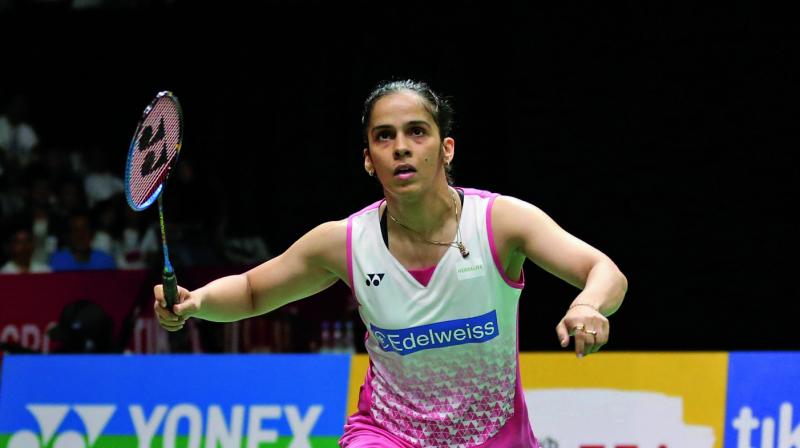 New Delhi: All eyes will be on in-form Saina Nehwal and defending champion P.V. Sindhu when the $350,000 India Open badminton tournament gets under way at the Siri Fort Sports Complex here on Tuesday.

Saina Nehwal, who beat Sindhu en route to the Indonesia Masters final last week, will look to keep her good run going after recovering from an ankle injury.

Fourth seed Nehwal will start her campaign against Denmark’s Sofie Dahl and fifth seed Zhang Beiwen will be her likely opponent in the quarter-finals.

Sindhu, on the other hand, has been simply sensational ever since her Olympic silver medal, clinching three titles and three silvers last season and has received top billing for the tournament here.

The world championship silver medallist will be up against Denmark’s Natalia Rohde and barring any surprises, her real challenge will come in the form of former world champion Ratchanok Intanon in the semi-finals.

The second seeded Indian will open against Hong Kong’s Lee Cheuk Yiu and if he can live up to expectations, there is every chance that he might face off top seed and defending champion Viktor Axelsen in the final, if the Dane too can continue his red-hot form.

World number 10 H.S. Prannoy too was a revelation last season as he reached the semi-finals in Indonesia and the French Open and won the US Open Grand Prix Gold and the senior nationals.

Among the other Indians, Singapore Open champion B. Sai Praneeth will face Rajiv Ouseph of England in the opening round, Commonwealth Games’ gold medallist Parupalli Kashyap will begin his campaign against Hans-Kristian Vittinghus of Denmark and Ajay Jayaram will be pitted against Indonesia’s Tommy Sugiarto.