Saina will next face the winner of the match between Thailand’s Pornpawee Chochuwong and Hsu Ya Ching of Chinese Taipei. 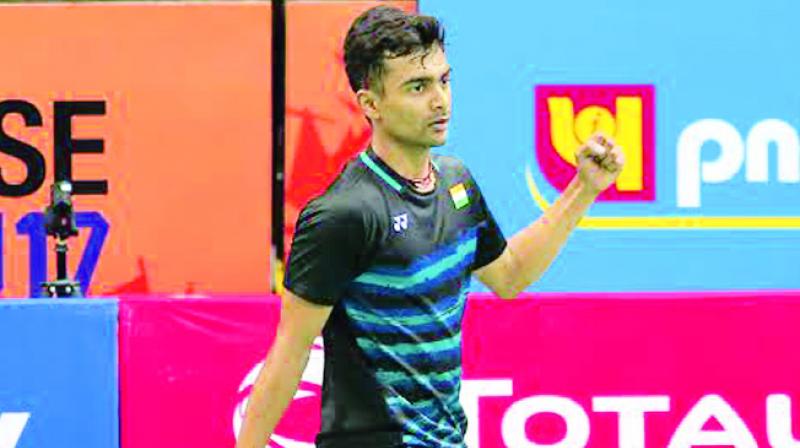 Sameer Verma celebrates his 21-17, 21-10 win over Son Wan Ho of South Korea in their India Open first round match at Siri Fort in New Delhi.

New Delhi: Star shuttlers P.V. Sindhu and Saina Nehwal began their India Open Superseries campaign with comfortable victories while it was Sameer Verma who made heads turn, as he stunned fourth seeded South Korean Son Wan Ho in the opening round here on Wednesday.

Sameer, who clinched his maiden Grand Prix Gold title at the Syed Modi International, shocked world no. 5 Son Wan Ho 21-17, 21-10 in a 45-minute contest to set up a clash with Hong Kong’s Hu Yun.

Saina will next face the winner of the match between Thailand’s Pornpawee Chochuwong and Hsu Ya Ching of Chinese Taipei.

Sindhu, who takes on the unseeded Saena Kawakami of Japan, said: “It was a good match. It was close in the first game but I took the lead in the second game. I am focused on my next outing, taking one match at a time.”

Sai Praneeth, finalist at the Syed Modi and coming into the tournament after a shoulder injury, won 16-21, 21-12, 21-19 against Japan’s Kenta Nishimoto. He will next play seventh seed Taiwan’s Chou Tien Chen.

Meanwhile, 2015 champion Kidambi Srikanth fought back from 1-8 down in the first game to eventually notch up a 21-19, 21-16 win over China’s Zhao Junpeng. He faces Olympic bronze medallist Victor Axelsen next.

Ajay Jayaram gave a good fight before going down 21-23, 17-21 to third seed Axelsen of Denmark.

‘Prefer trophies to no. 1 ranking’
Saina said she wasn’t worried about regaining the no. 1 ranking as winning tournaments “gives her more satisfaction”.