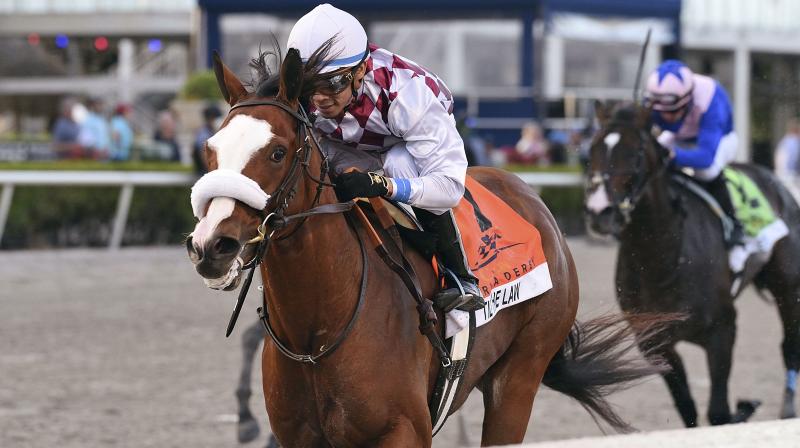 Florida Derby winner, Tiz the Law (Manuel Franco), will be one of the horses to run for Triple crown. AP Photo

Louisville: The final deadline to nominate horses for the Triple Crown series is being extended indefinitely because of the coronavirus. It was scheduled to be Monday.

The extension was agreed upon by officials at Churchill Downs, Maryland Jockey Club and New York Racing Association.

The Kentucky Derby has been pushed back from May 2 to Sept. 5.

Maryland and New York racing officials are continuing discussions to decide when the Preakness and Belmont stakes will be run. The Preakness is scheduled for May 16 and the Belmont for June 6.

When the Triple Crown dates are settled, a deadline for late nominations will be announced.

Any 3-year-olds not made eligible at a cost of $600 during the early nomination phase will be able to be nominated for $6,000.

A total of 347 horses were nominated during the early phase that closed Jan. 25.