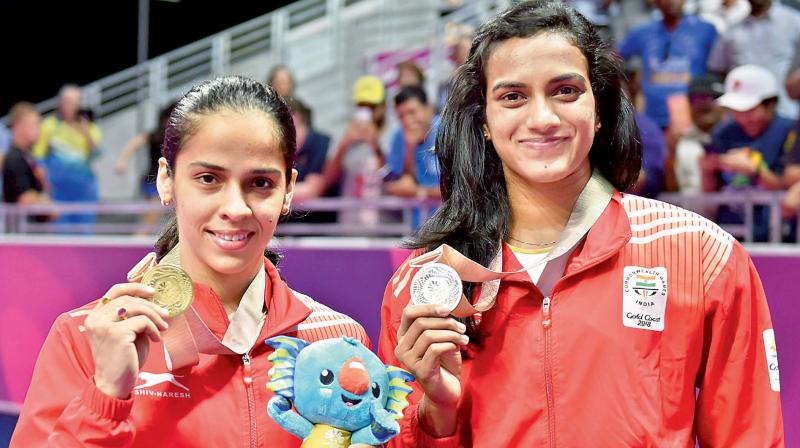 Sachin Tendulkar recently congratulated Saina Nehwal and P.V. Sindhu on Twitter for their success at the Commonwealth Games, addressing them as “India’s daughters” who keep “setting a perfect example for budding players.”

While a large number of the sports icon’s fan base duly endorsed his tweet, a few, mostly women, had a different opinion, with Sandhya Ramesh, a Twitter user, among one of the first to condemn it. “Two of India’s top professional female athletes, please. Enough with calling women daughters and sisters and mothers of men and the nation,” she tweeted. 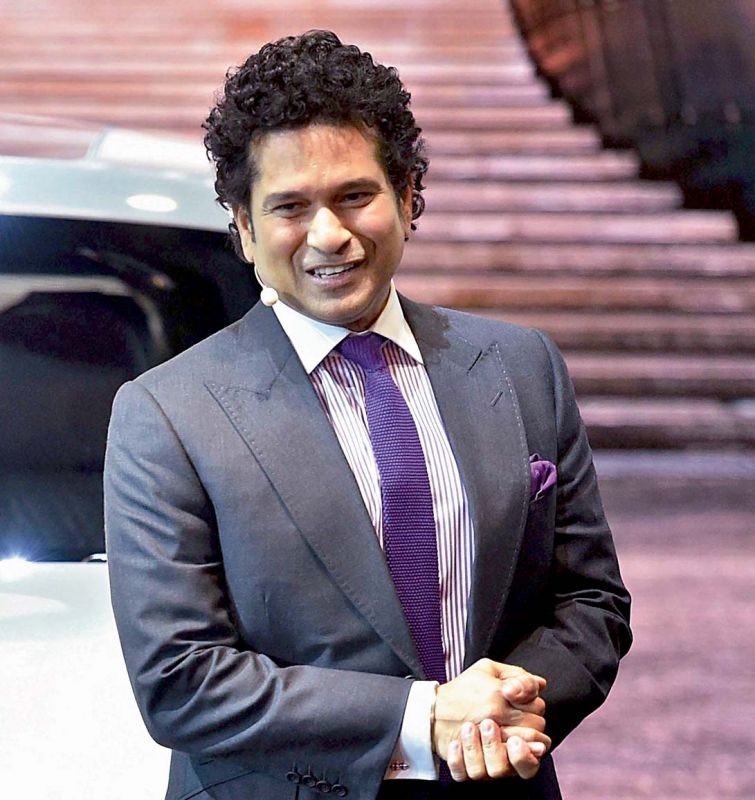 The issue escalated rapidly and Sandhya Ramesh soon found herself explaining the situation to the Twitterati that was divided. A lot of the responses rebuked her perspective while others expressed solidarity with her bold remark; one among them was Olympian Jwala Gutta.

“Being a professional sportsperson, it would be nice to acknowledge each other as professional athletes. Acknowledging them by their profession is the way to pay respect to them. Virat is called the top batsman of the country. When it comes to men, it is always top athletes, then why not the same for women?” asked the badminton ace, adding that there is always a political agenda behind ‘India’s daughters’. On the other hand, former champion sprinter Ashwini Nachappa found nothing wrong in Sachin’s tweet and asked, “Aren’t we all proud daughters and sons of India?”

Former world number one in 10m Air Rifle shooting, Anjali Bhagwat, too, laughs if off. She believes that there is nothing wrong with the term ‘daughter’. “I am a proud daughter of my father and I feel that there is nothing wrong in that,” says Anjali, who now runs an academy in Pune. “I don’t think Sachin meant it otherwise. He just wanted to congratulate them for their achievements,” she adds. 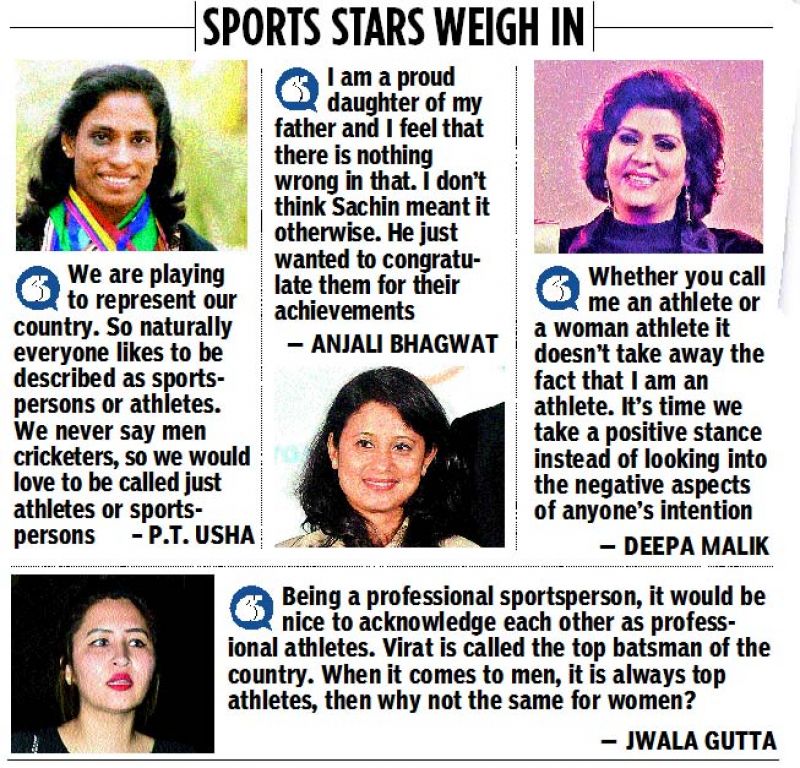 Padma Shri recipient and the first Indian woman to win a medal at the Paralympics, Deepa Malik says, “Whether you call me an athlete or a woman athlete it doesn’t make any difference to me or take away the fact that I am an athlete. I think it’s the attitude that matters!”

I am proud to be a woman athlete who represents my country. When a woman wins, it largely reflects the health of the society. It’s time we take a positive stance instead of looking into the negative aspects of anyone’s intention.”

Jwala admits calling someone a proud daughter of the country is not a problem in itself, though she feels “responsible” men could set an example with a change in their approach. “We need a constant reminder in our society that women can be a professional athlete — top in the country, top in the world.”

“If it comes from a professional male athlete, what could be better? We need our responsible men to talk about this,” she says.

P.T. Usha, former Indian track and field athlete shares, “We are humans first! Moreover, we are playing to represent our country. So naturally everyone likes to be described as sportspersons or athletes. At the same time, nothing should be taken away from the achievement because of a gender bias. We never say men cricketers, so we would love to be called just athletes or sportspersons.”

Meanwhile, Lalita Babar, who won a Silver at the 2014 Asian Games for the steeplechase event justifies Sachin’s comment and says, “We are fortunate that an athlete like Sachin has appreciated the medals that we have won. The term is only out of respect because there is such violence against women.”

However, Babar, who was awarded the 2015 Sportsperson of the Year by the Federation of Youth Affairs and Sports of India feels that female athletes need to be recognised. “Girls are doing much better, but we are still not recognised for our achievements and that is harsh on us. I’m happy that Sachin has congratulated us, but yes, there can be a better title than just ‘daughters’. I’m sure with time, it will change,” she says on a hopeful note.