Badminton in her blood

National badminton coach Pullela Gopichand’s 15-year-old daughter, Gayatri has made it to the Indian squad for the Asian Games. 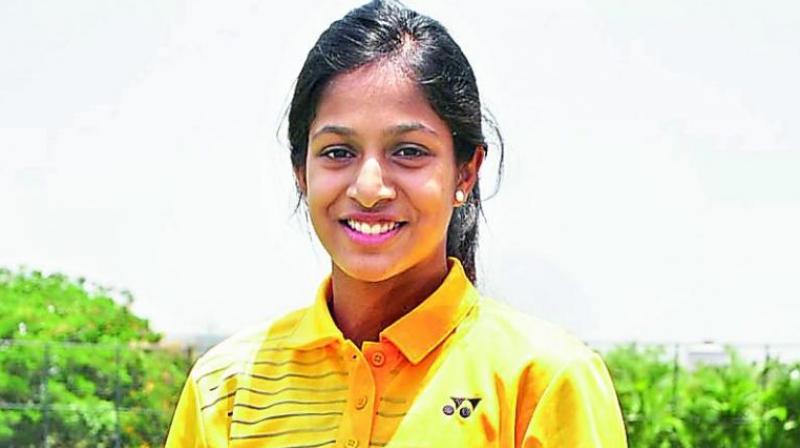 It’s a proud moment for badminton’s popular Pullela family. With father Gopichand as chief coach, daughter Gayatri has made it to the Indian squad for the quadrennial Asian Games to be held in Indonesia in August-September. Quite an achievement considering her age (15), even though she is likely to remain on the sidelines while the more established names such as P. V. Sindhu, Saina Nehwal, Ashwini Ponnappa and Sikki Reddy carry the country’s flag on court. 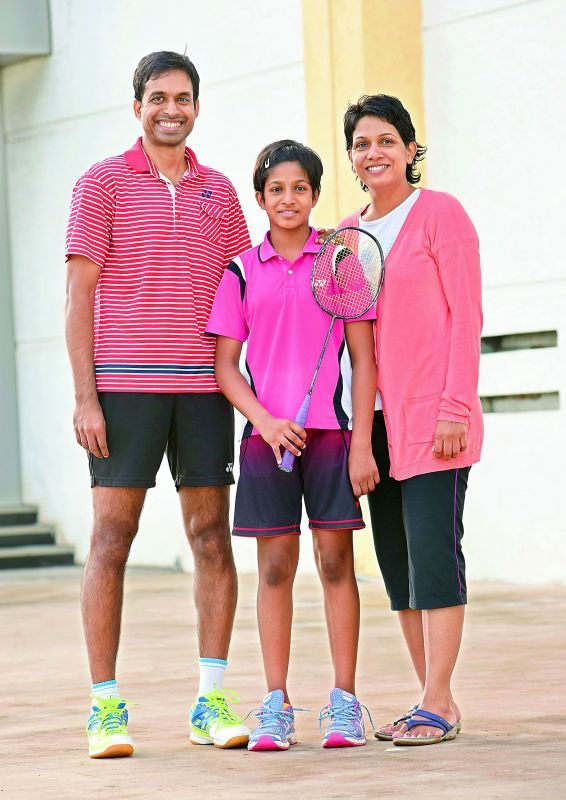 Gayatri is part of a group of youngsters — Ashmita Chaliha, Sai Uttejitha Rao, Akarshi Kashyap, Rutuparna Panda, Aarthi Sara — who have been provided with this opportunity at the Continental event by the Badminton Association of India based on their performances in the two senior ranking tournaments held in Bengaluru and Hyderabad. Uttejitha and Ashmita won titles in Bengaluru and Hyderabad respectively while Gayatri and Aakarshi reached the semifinals in Hyderabad.

Being on the national team is a first for Gayatri in the senior category — she has represented India at world and Asian junior championships earlier. But the occasion has definitely hit her. “I did not expect to make it,” she admits, before explaining, “Was playing the selection tournaments and simply kept going. Suddenly, I was  in the quarterfinals and then the semifinals.”

Nervous? “Not quite. It feels great to be on the same team as Sindhu and Saina, I will surely benefit from their experience. I am looking forward to the Asiad. It’s an honour to be representing India,” says Gayatri, who holds the No.1 rank in the girls Under 17 singles in the country.

Badminton runs in her blood. Dad Gopi is a former All England champion and a renowned coach while mother P.V.V. Lakshmi is a former national champion who has also represented India at the 1996 Olympics in Atlanta.

Gayatri's brother Sai Vishnu too is a shuttler, ranked No.3 in the boys Under 15 singles in the country. Gopi is understandably delighted. “I am happy that she is part of the Asian Games squad. I think it's a great tournament for her — it's good exposure at the highest level. I think it will be very challenging to be there, and she understands it. Also, to be part of the team with the likes of Sindhu, Saina and others is amazing,” he said, adding, “I think it's good that she played the two selection tournaments the way she did.”

Gopi was non-committal about Gayatri taking part in the matches in Jakarta though. “That's not something we are thinking about right now,” he said.

He expects the Indian team to go far at the tournament. “The event is a tough one and we have a good team, members of which have done well in the past. I am hoping that we will come up with good performances this time around as well.”