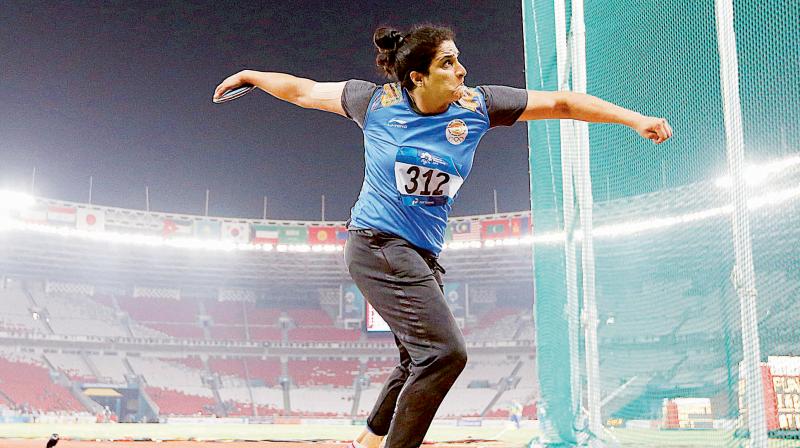 Seema Punia competes in the woman's discus final at the 18th Asian Games in Jakarta, Indonesia in 2018. (Photo: AP)

Patiala: Veteran discus thrower Seema Punia on Tuesday qualified for Tokyo Olympics with a best effort of 63.70m while winning gold on the final day of the National Inter-State Athletics Championships here.

The 37-year-old Punia, who had won a silver in the 2018 Commonwealth Games and a bronze in the 2018 Asian Games, breached the Olympic qualifying mark of 63.50m.

Punia will be the second Indian woman to take part in the event in the Tokyo Olympics after national record holder Kamalpreet Kaur, who threw the iron disc to a distance of 66.59m in the Indian Grand Prix 4 on Monday last.

Kaur did not start in the event on Tuesday, though her name was there initially.