“If Chithra gets (entry) and the others don’t, then it becomes an issue for us,” said AFI secretary C.K. Valson. 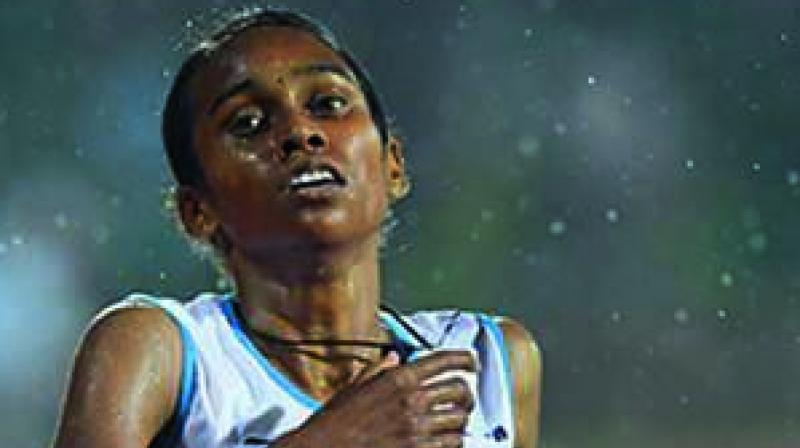 Kochi: The Athletics Federation of India fears a backlash from other aggrieved athletes as it awaits response from the International Association of Athletics Federations to a letter citing the Kerala High Court directive to consider P.U. Chitra for World Championship participation.

Under pressure from the court of law, the AFI wrote to the competition department of the IAAF on Saturday, “sincerely requesting” the parent organisation to include the Asian Championship gold medalist in women’s 1,500m, and are expecting a reply by Monday.

The AFI had omitted the Kerala athlete from the national squad on the grounds of a below par display at the inter-state meet in Guntur, within a week from her triumph at the Asian meet in Bhubaneswar.

The AFI has acknowledged that should Chithra’s participation be approved by the IAAF it would trigger a similar response from fellow Asian gold medallists Ajay Kumar Saroj (men’s 1,500m) and Sudha Singh (3,000m steeplechase), who were also omitted from the Indian team for the world meet beginning August 4.

“If Chithra gets (entry) and the others don’t, then it becomes an issue for us,” said AFI secretary C.K. Valson.

However, the AFI office bearer ruled out the possibility of a ‘wildcard entry’ as was suggested by union sports minister Vijay Goel and Kerala chief minister Pinarayi Vijayan.

“There is no wildcard,” said Valson. “Normally these people (IAAF) don’t allow such things (special inclusions), but we cannot assume anything right now,” Valson said.

Meanwhile, the IAAF technical committee member clarified that P.T. Usha’s claim that she had spoken for Chitra at the selection committee would not have carried any weight.