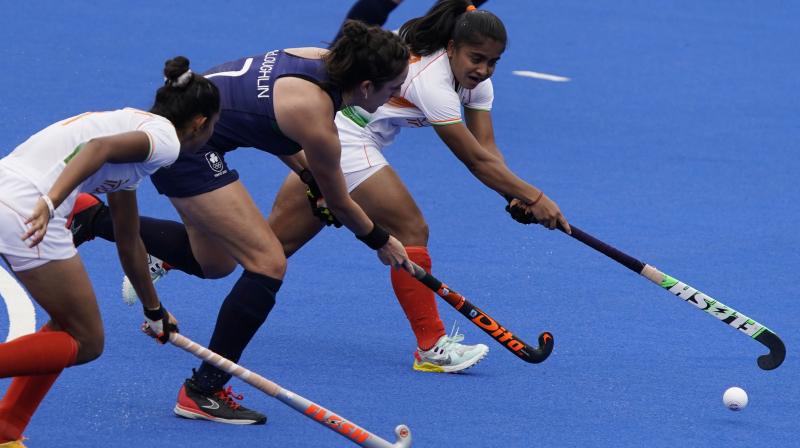 Tokyo: The Indian women's hockey team scored a late goal to eke out a narrow 1-0 victory over Ireland in a must-win penultimate pool match to stay alive in the Olympics here on Friday.

Needing a win to keep their hopes alive after three consecutive losses, India waited anxiously for 57 minutes before Navneet Kaur scored the winner to keep her side in the hunt for a quarterfinal berth.

India will now need to win their final Pool A match against South Africa on Saturday and hope for Ireland to face defeat at the hands of Great Britain to seal their quarterfinal berth.

The top four teams from each pool qualify for the knockout stage.