It has been slow progress for Saina Nehwal, after recovering from her knee surgery. 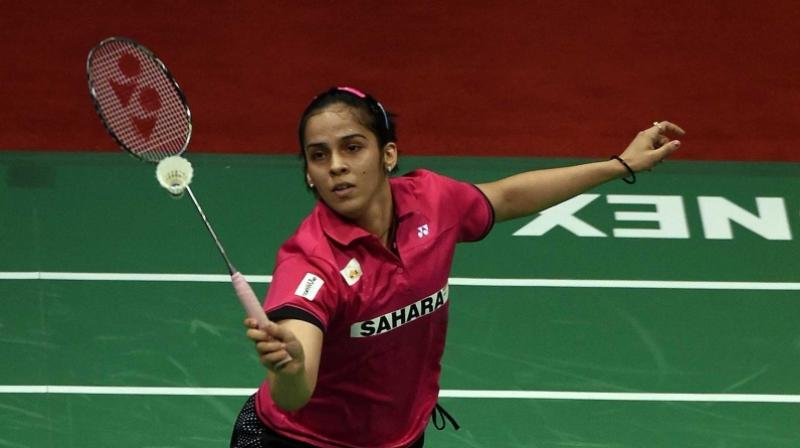 Saina Nehwal will be looking for a better showing in the Macau Open, after mustering-up a quarterfinal finish in the Hong Kong Open. (Photo: AFP)

Macau: Saina Nehwal defeated Hanna Ramadini in three games, to progress to the second round of the Macau Open, on Wednesday.

The 26-year-old shuttler has been struggling with a knee injury of late – something that has impeded with her performances this year.

However, Saina hardly showed any signs of the injury, as she came out victorious against Ramadini, defeating the Indonesian 21-23, 21-14, 21-18.

Both the players matched each other shot-for-shot in the first game, but Ramadini managed to take the early lead. However, Saina bounced back from that point, clinching the second and the third games, respectively.

Saina had suffered from a knee problem in recent times, and went under the knife, earlier this year. Although she has recovered from her surgery, she her recent results clearly show that she is yet to get back to full match-fitness. She also failed to make the cut for the World Super Series finals.

She got knocked out in the first round of the China Open, before putting together a quarterfinals of the Hong Kong Open.

Earlier in the day, Indian men’s singles shuttler P Kashyap also made it to the second round of the tournament in his respective category, defeating hinese Taipei's Chun-Wei Chen in two games.

However, Hong Kong Open finalist Sameer Verma failed to impress this time round, as he got knocked out by Muhammad Bayu Pangisthu of Indonesia.