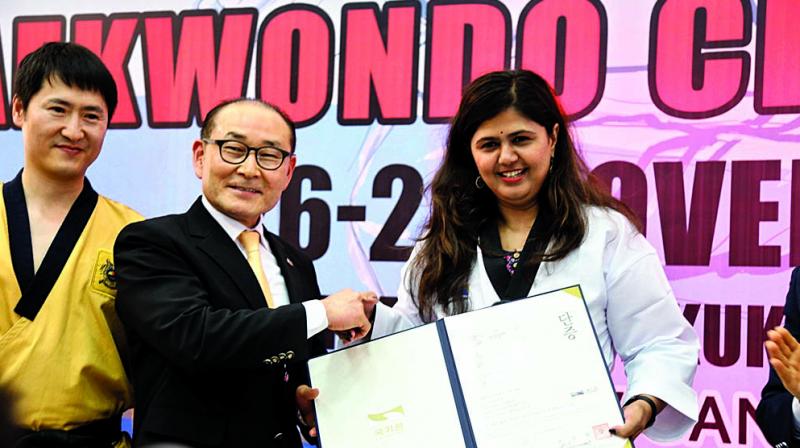 Pankaja Munde at the opening ceremony.

The inaugural event is supported by the Consulate General of the Republic of Korea in Mumbai and organised by KUKKIWON (World Taekwondo Headquarters).

Earlier, a colourful ceremony marked the opening of the championship, in which over around 800 leading taekwondo exponents from across the nation were present. The occasion was attended by Soung-Eun Him, Consul General of the Republic of Korea in Mumbai, and chief guest, MLA Pankaja Munde, minister of rural development, women and child welfare. Munde’s son is also taking part in the tournament.