Sindhu takes on Denmark’s Natalia Rohde while Saina, who is in the bottom half of the draw, faces Sofie Dahl first up. 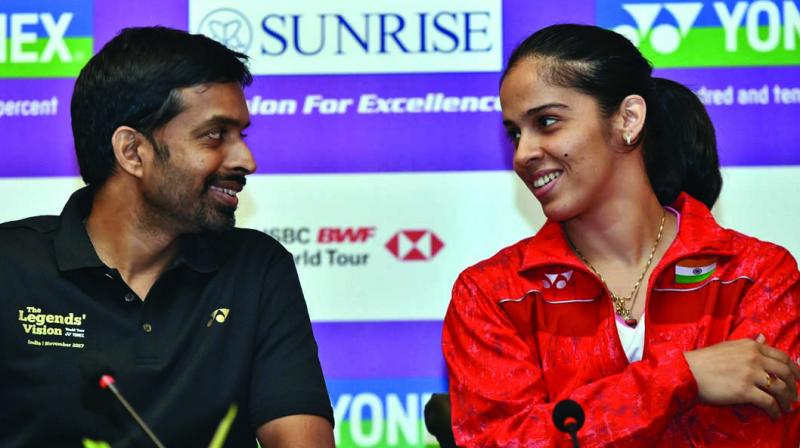 New Delhi: India’s top badminton talent will be on show at the $350,000 Dr. Akhilesh Das Gupta India Open, the main draw of which gets under way here on Wednesday.

The tournament however, lost some of its sheen with the late withdrawals of top ranked men’s and women’s players Viktor Axelsen and Tai Tzu Ying respectively. Also missing from the draw are top Chinese and Japanese players, though Olympic champion Carolina Marin remains a big draw card.

Top women P.V. Sindhu, also the defending champion, and Saina Nehwal are up against Danish opponents, while on the men’s side, top seed Kidambi Srikanth will be keen to put aside recent injury worries and get his campaign back on track.

Joining them in the main draw will be Turkey International Junior Open champion Kartikeya Gulshan Kumar, Shreyansh Jaiswal, junior national champion Aakarshi Kashyap and Riya Mukherjee who came through the qualifiers at Siri Fort on Tuesday.

Srikanth opens his campaign against Hong Kong’s Lee Cheuk Yiu on Wednesday, while world no. 10 H.S. Prannoy runs into Jaiswal in his opener and Singapore Open champion B. Sai Praneeth faces Rajiv Ouseph of England.

Sindhu takes on Denmark’s Natalia Rohde while Saina, who is in the bottom half of the draw, faces Sofie Dahl first up.