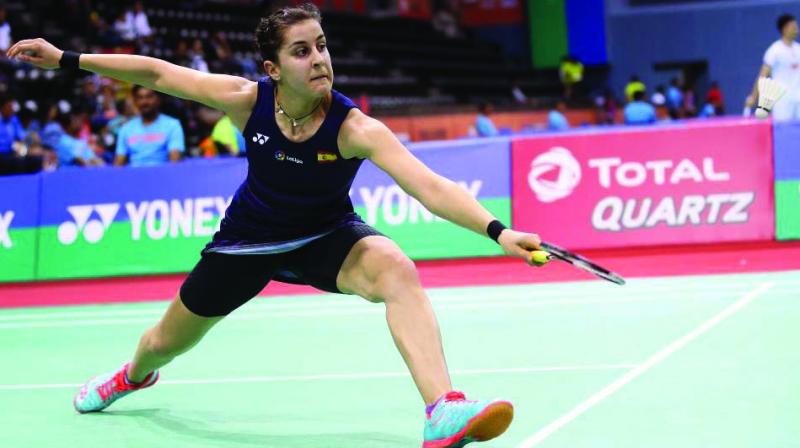 New Delhi: Sameer Verma marched into the quarter-finals of the India Open Superseries badminton tournament, following a 21-17, 21-15 victory over higher ranked Hun Yu of Hong Kong in the men’s singles at Siri Fort here on Thursday.

Verma, who shocked world no. 5 Son Wan Ho of South Korea a day before, continued his rampaging run with another heartening display.

Defending champion Ratchanok Intanon of Thailand joined them in the quarters, with a 21-14, 21-19 win over China’s Gao Fangjei.

The 22-year-old Verma, who clinched his maiden Grand Prix Gold event at the Syed Modi International in January, will face either Denmark’s Anders Antonsen or German Marc Zwiebler next.

Said Verma after the win, “I had prepared for his game but he played better today. He is a tricky player with quality strokes. I think I am confident enough to go for my strokes. I will look to continue the momentum tomorrow.”

The elder of the Verma brothers, Sourabh was engaged in a fierce battle with another Hong Kong shuttler when Sameer took the court and while the latter completed his victory with ease, Sourabh blew a 19-16 lead in the decider, despite making a roaring comeback in the second game where he had lead from start to finish.

Said Sameer, “He (Sourabh) has a calm head and a good rally game while I am more attacking, perhaps, if I can have his patience and he can have my aggression, we both will do well.”

Earlier, former champion Kidambi Srikanth had an off day going down 21-7, 21-12 to Rio Olympics bronze medallist Viktor Axelsen. Srikanth struggled on the day, often misjudging the length of the shuttle and committing a number of unforced errors.

“Nothing went my way today. I was misjudging the shuttle completely. He was playing too well and I just couldn’t compete,” Srikanth said. The Indian had some words of comfort from the strapping Dane.

“I have been there when you enter the court and find nothing is right. But I know how good a player, Srikanth is,” said Axelsen, who had lost in the final to the Indian at 2015 edition here.