The professional physiotherapist will be leading the Indian Women’s Rugby XV team at the Asia Rugby Women’s Championship –Division 1. 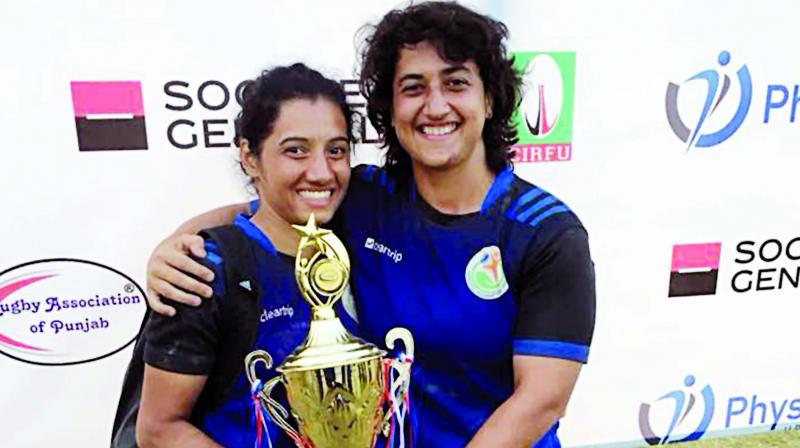 They were once the face of Indian sports, especially in the early years post Independence when girls in sports were considered a taboo. Parsi cricketers like Polly Umrigar, Nari Contractor and Farokh Engineer in men’s cricket and Diana Edulji in women’s cricket represented India with distinction. But the current India probables list has hardly any Parsi name on it. Sunil Gavaskar recently made a comment asking his former Indian team mate, wicketkeeper Farokh Engineer to do something about it. There has been a concern at the slow dwindling of Parsi community in India.

Parsi representation has considerably reduced not just in cricket but in other sports as well. But hope comes in the form of 25-year-old Pune girl Vahbiz Bharucha, who will lead the Indian Women’s Rugby XV’s team at the Asia Rugby Women’s Championship – Division 1 to be held in Singapore from June 2 to June 8.

This is the first time that Indian women will be playing an international match in a 15-a-side format and Vahbiz is the proud skipper of the team. She is also a professional sports physiotherapist and hopes she can be an inspiration for girls from her community to take up sports.

“Yes the representation of Parsi women in sports is negligible. I have hardly seen any Parsi sportswoman. It may be partly because our community is not growing and may face extinction. There are Parsis in the men’s rugby team though,” she said in a lighter vein, following it up with optimism.

“But I just hope girls watch me play and feel inspired to take up the sport. I hope they realise that  our body is made up for sports like rugby. Yes, there is a healthy competition and we are not strong like the girls from North India and certain tribal areas, but I have seen rugby team players from Tajikistan and their build is a lot like us,” said Vahbiz, who has been with the Indian women’s rugby women’s team since its inception in 2009 and has seen women’s rugby grow like a baby.

All her 26-member squad are used to play Rugby 7’s and have no experience of playing in the traditional format of 15-a-side tournament. She has two other Pune girls in the team in Neha Pardeshi and Saloni Prachande. “We have played with each other only and have no international experience. We are looking forward to it. We have played with a mixed team of men at Bombay Gymkhana to assess ourselves and hope to do well,” she said.

Besides hosts Singapore, India will meet Philippines in the Division 1 tournament. Hong Kong, Japan and Tajikistan are in the top division of Asian Rugby championship. Besides leading the side, Vahbiz also does the dual job when official team physio isn’t available or has extra load. “Yes I do help the girls sometimes when they come to me in the absence of the team physio. It is always enjoying to play and engage with them,” she said.

Bend it like Beckham
Vahbiz, an athlete, had multisporting talent and and tried her luck at wrestling, badminton, handball and table tennis before switching to rugby. She always competed with her two brothers. “I played many sports and my competition was always with my brothers. Many girls in Pune were joining KFANDRA (Khare’s Football and Rugby Academy) as Bend it Like Beckham (movie released in 2002) fever was on. I too joined the academy to play football. But as destiny may have decided, one day it was raining and the pitch wasn’t good to play football so we took the ball in our hands and started to run with it. Our coach Surhid Khare saw it and he was impressed. He formed a team,” she recollected.

“We started playing exhibition matches at Bombay Gymkhana. Gradually eight club teams came into fore and we participated in inter-club matches. From 2013 onwards we started participating in national, state and district level tournaments also,” she informed.