Ace shooter Abhinav Bindra was against the IOA proposal while ace shooter Heena Sidhu and the NRAI have emerged in support of snubbing the Games. 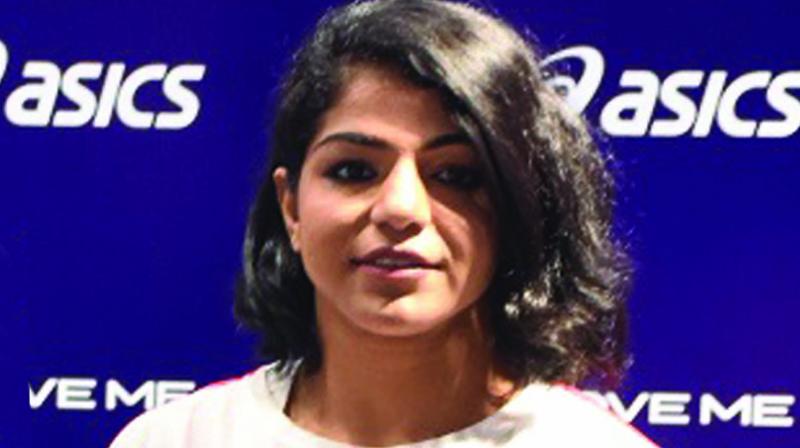 Sakshi Malik at an event in Noida on Tuesday.

New Delhi: Olympic medalist Sakshi Malik on Tuesday came out in support of shooters after the organisers chose to drop the sport from the roster for the 2022 Commonwealth Games in Birmingham, a move that forced the Indian Olympic Association to seek government approval to boycott the showpiece.

While the Indian sports fraternity is divided on the matter, the champion wrestler, who bagged a bronze in the Rio Olympics, has taken a firm stand, saying that “dropping shooting from the CWG programme is unfair”.

“I am not saying we should boycott the CWG but I just hope that shooting is included so that everyone can participate in the event. We get lots of medals in shooting and dropping the sports is unfair,” Sakshi told this paper on the sidelines of the launch of Asics sportswear store in Noida.

Ace shooter Abhinav Bindra was against the IOA proposal while ace shooter Heena Sidhu and the NRAI have emerged in support of snubbing the Games.

With the Tokyo Games just a year ahead, Sakshi’s sole aim is to seal an Olympic berth and for the 26-year-old a podium finish at the World Championship in Astana should be the perfect way to do so. The top six wrestlers in each weight category at the Worlds will qualify for the Olympics. She won the trials in the 62kg category with flying colours recently to qualify for the World Championship from September 14 to 22.

“I am looking forward to World Championship as a right platform to qualify for the Olympics and that will get me enough time to prepare for the mega event. I want to finish on the podium in Astana. If not then I will prepare for other qualifying events,” the 2014 CWG silver-medallist said.

Sakshi said that the competition at the World Championship is going to be very tough with all countries participating. “I do not want to rate my chances because in our sport things can change in matter of seconds. It is very difficult to maintain high intensity for six minutes. Even if you lose concentration for a few seconds, you can lose points.”

Sakshi has been working on her technique and not much on power. “We are learning a lot from the foreign coach (Andrew Cook). But even our Indian coaches are as good. Foreign coaches follow different techniques. But when you combine both, you get a lot of variations, which ultimately are very helpful.

“Fitness is a continuous process. Mentally also you have to be very strong. No matter how physically strong you are, until your mind works properly, it is not possible to do well in any sports. And since it is a contact sport, it becomes even more important to be mentally alert.”

Sakshi had bagged her maiden Olympic medal in the 58kg category and though she has moved up the weight division (62kg) the grappler from Haryana is unconcerned. “It is not such a big issue. The world body changes rules every four years. There is also a change in weigh-ins. Earlier the weight-ins used to happen a day before but now they happen on the same day, which is a little tough. But as far as the competition in 62kg is concerned, there is not much difference. There are more or less same wrestlers.”