Blade runner Anandan says his next aim is to compete in the Tokyo Paralympics next year. 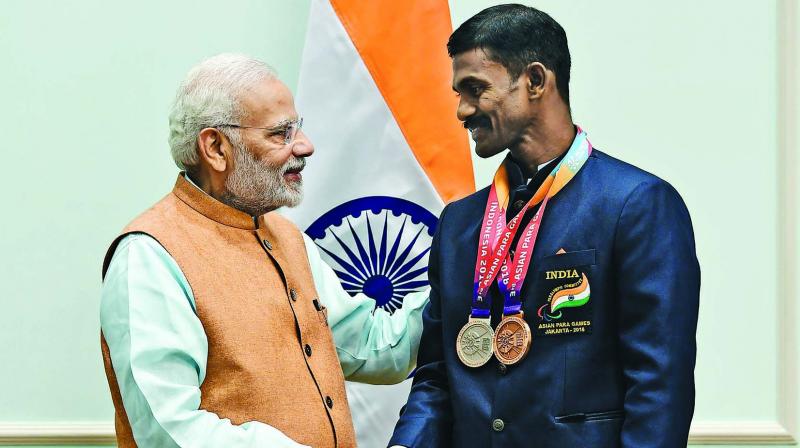 An Army soldier, who lost his left leg in a mine blast near the Line of Control (LoC) in Jammu and Kashmir in 2008, bagged three gold medals at the recently-concluded Military World Games in China.

Upon his return from Wuhan, Gunasekaran told a new agency that his next aim is to compete in the Tokyo Paralympics in 2020.

“My final trial for selection in 200m for the Tokyo Paralympics will be held in May next year. That is the only obstacle left before me now for getting selected for the Tokyo Games,” he said.

An avid sportsman throughout his career, Gunasekaran, who was inducted into the Madras Sappers of the Indian Army in September 2005, took to competitive running only after the mine blast left him permanently disabled.

He still vividly remembers the events of June 4, 2008.

“I was descending a slope along with three other soldiers after completing a check on a wire fence along the LoC. The three colleagues were walking ahead of me. I was the last one in the group to descend the slope when my left foot fell on a hidden landmine. I was unlucky, as the area was not a minefield,” Gunasekaran said.

He was rushed to a government hospital in Srinagar where his disfigured limb was amputated. He was shifted to the Army hospital in Pune after over one month of treatment in Srinagar, where another amputation was conducted upon him to remove the entire portion of the left leg below the knee.

“I didn’t reveal the amputation to my family members for six months. I reached my family home in Kumbakonam with a wooden prosthetic leg.

“I just told them that my leg had to be amputated because it developed an infection. My mother was strictly against my rejoining duty. However, I ran away from home and rejoined my unit,” he said.