'Dream on,' pens Serena in open letter to women

Serena Williams talks about the discrimination she faced on and off the field. 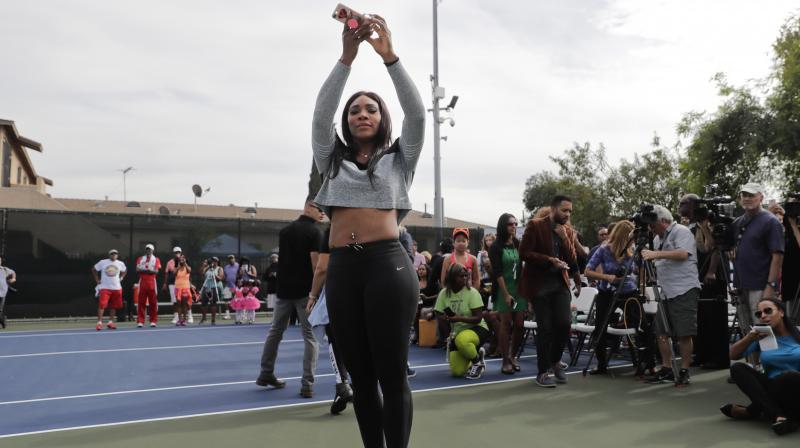 Serena William talks about the racist comments she has faced in her tennis career (Photo: AP)

New York: Former World No. 1 Serena Williams equalled Steffi Graf’s Open Era record of 22 Grand Slam titles this year. She is among the best tennis players having won many titles across every discipline of the game has written a letter to women to not suffer from discrimination.

Serena William and elder sister Venus William have suffered seriously from both racist and sexist abuse. They have brought the matter to light and have even voiced their opinion on equal pay for men and women in tennis.

The William sisters have also been working with families affected by gun violence in America by setting up the Yetunde Price Resource Centre – named for their older sister, who lost her life in a drive-by shooting, in their hometown of Compton.

In her letter, Serena William has called upon some of the biggest names in men’s sport – golfer Tiger Woods, tennis and basketball stars Roger Federer and LeBron James, asking why she has to face the discrimination while they are called the “greatest athletes” and not world’s “best male athletes”.

But as we know, too often women are not supported enough or are discouraged from choosing their path. I hope together we can change that. For me, it was a question of resilience.”

she further wrote “What others marked as flaws or disadvantages about myself – my race, my gender – I embraced as fuel for my success. I never let anything or anyone define me or my potential. I controlled my future.”

Her letter also spoke about how necessary it is to be judged for your achievements and not by your gender.

She hopes her story will inspire all young women to push for greatness and follow their dreams with steadfast resilience. She wants all women to continue to dream big, which can empower the next generation to be just as bold in their endeavours.