Sports   Tennis  04 May 2017  Sharapova made to wait for all-england wildcard
Sports, Tennis

Sharapova made to wait for all-england wildcard 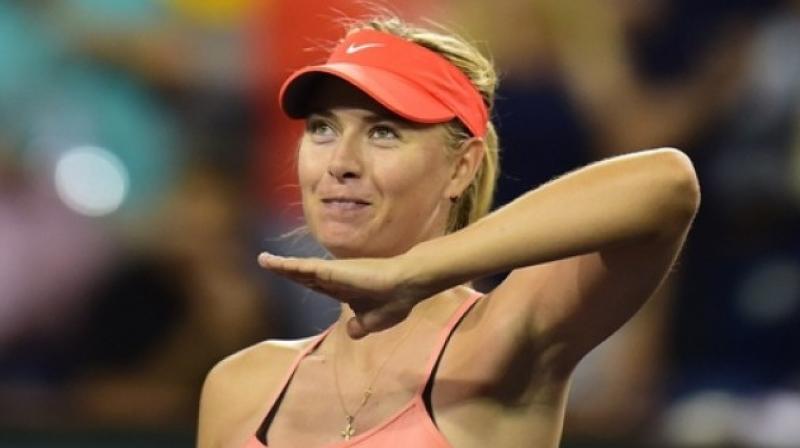 London: Wimbledon chiefs will wait until June 20, just days ahead of the qualifying event, before deciding whether to give a wildcard to former champion Maria Sharapova as she steps up her return from a doping ban.

The Russian, who won Wimbledon in 2004, made her return to competitive tennis at the Stuttgart Open last week following a positive test for meldonium at the 2016 Australian Open.

She admitted taking the drug, but said her only mistake was not realising the substance had been added to the banned list at the start of 2016.

Sharapova was handed a two-year suspension, which was reduced to 15 months on appeal, and she was a wildcard entry in Stuttgart, an event backed by one of her major sponsors Porsche.

The 30-year-old won three matches in Stuttgart before losing in the semifinals and this week re-entered the WTA rankings at a lowly 262.

As a result, the five-time Grand Slam champion has to rely on wildcards from tournaments to enter leading WTA tournaments.

The cut-off ranking for Wimbledon qualifying entry will be around 200.

With Sharapova due to compete in the Madrid and Italian Opens, All England Club officials will wait to see if she makes that target, or even qualifies for the main draw by climbing into the top 100, before worrying about the wildcard issue.

“We have a long established process for awarding wildcards. We consider requests for wildcards two weeks before the tournament,”

“There will be a meeting on June 20 at which point it will be clear who has been accepted into the main draw based on rankings.

“No decision will be made until June 20. We will wait until all the facts are known.”

The committee that looks into the wildcards will include former British star Tim Henman, three Wimbledon club members including All England Club chairman Philip Brook, two members of the Lawn Tennis Association and a tournament referee.

Brook suggested Sharapova’s Wimbledon pedigree — she also finished runner-up in 2011 — would be taken into consideration if she asks for a wildcard but would not be a deciding factor.

“We have a tried and tested process. There is a meeting of the tennis sub-committee in the week before the tournament. This year is no different,” Brook said. “We will wait to see if Maria applies for a wildcard and take into consideration her case. The group will discuss it and make a decision. There are a number of factors taken into account. We look at who has done well in the lead up tournaments.

We will also consider what might add interest to the tournament. If someone has a strong record at Wimbledon that would be taken into consideration.”

The French Tennis Federation will announce whether the two-time Roland Garros champion has been awarded a wildcard into the qualifying event or the main draw on May 16.