Serena, playing in her first tournament since losing in the semifinals of the US Open in September. 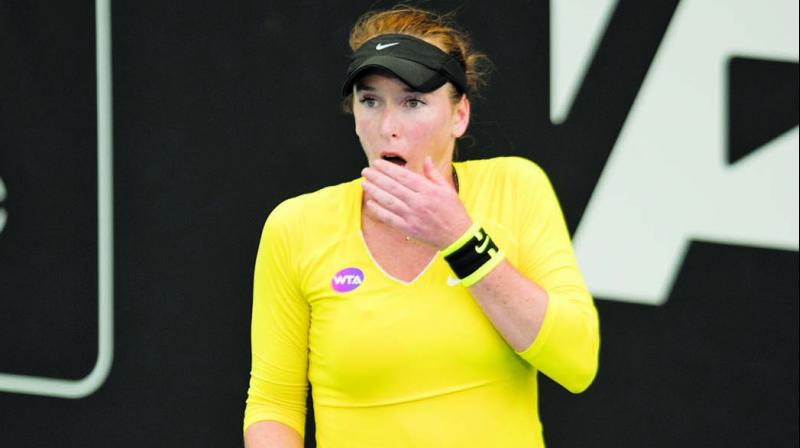 Top seeded Serena blamed the wind for a string of unforced errors in her first event after a four-month layoff as she was sent packing 6-4, 6-7 (7/3), 6-4 in a two-hour, 14-minute arm wrestle with world no. 72 Madison Brengle. Second-seed Venus decided to quit after suffering a sore right arm during her struggle to a 7-6 (7/2), 6-2 first-round victory over 18-year-old New Zealander Jade Lewis playing in her first WTA tournament.

Serena, playing in her first tournament since losing in the semifinals of the US Open in September, was looking for a bold showing in Auckland, to prepare for the Australian Open. Brengle goes through to meet seventh seed Jelena Ostapenko in the quarterfinals while Venus’s withdrawal gifted Japanese teenager Naomi Osaka a berth in the final eight where she will play eighth-seed Croatian Ana Konjuh.

In the other two quarterfinals, third-seed Caroline Wozniacki will meet Germany’s Julia Georges, and Barbora Strycova of Croatia, the fourth seed, plays American Lauren Davis. In Doha, Andy Murray began 2017 where he left off last year, beating Jeremy Chardy in straight sets in his season opener in Qatar on Tuesday to register his 25th consecutive victory.

The world no. 1 secured a 6-0, 7-6 (7/2) first-round victory, breezing through the first set in just 20 minutes before the Frenchman improved in the second. The last time Murray was beaten was back in September by Argentina’s Juan Martin del Potro in the Davis Cup, more than 100 days ago.

During his stunning end to 2016, the Briton not only remained unbeaten but won five consecutive titles and snatched the world’s number one spot from Novak Djokovic. Also through on Tuesday was number three seed Tomas Berdych after the Czech star beat Italy’s Alessandro Giannessi 7-6 (7/1), 6-2.