Andy Murray will next play eighth-seeded Japanese Kei Nishikori or Fernando Verdasco of Spain to book his place in the last four. 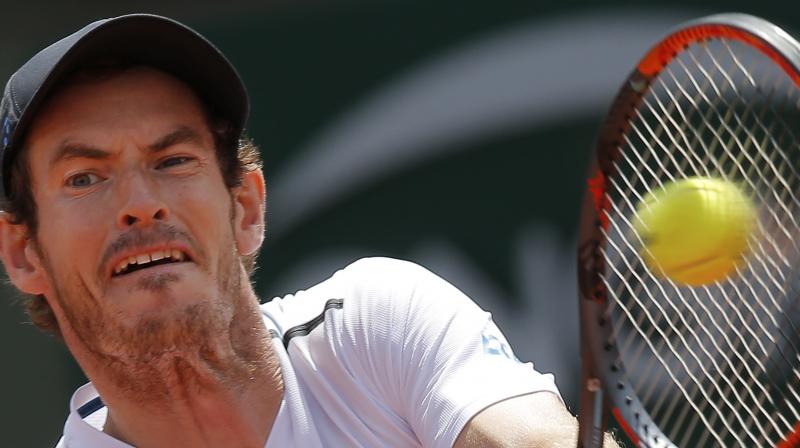 Paris: World No. 1 Andy Murray stormed into the quarter-finals of the French Open after registering a straight-sets victory over Karen Khachanov on Monday.

The World No. 1 didn't give Khachanov any rhythm, and while the Russian broke serve two times - at 2-3 in the second set and 3-4 in the third set, Murray bounced back immediately, finishing the encounter with 29 winners, and just 12 unforced errors.

After the match, Murray said, "I wanted to try to change the pace of the shots a little because he is a big hitter. When the ball's in the same place, he gets a good rhythm and is very powerful. It was pretty windy out there."

"But I hit the ball pretty well for the most part. You always have to expect guys to fight hard. This court is quite different to the ones we play on in Rome and Madrid. It's quite big, it can get windy. It's not easy to play on," he added.

Murray will next play eighth-seeded Japanese Kei Nishikori or Fernando Verdasco of Spain to book his place in the last four.