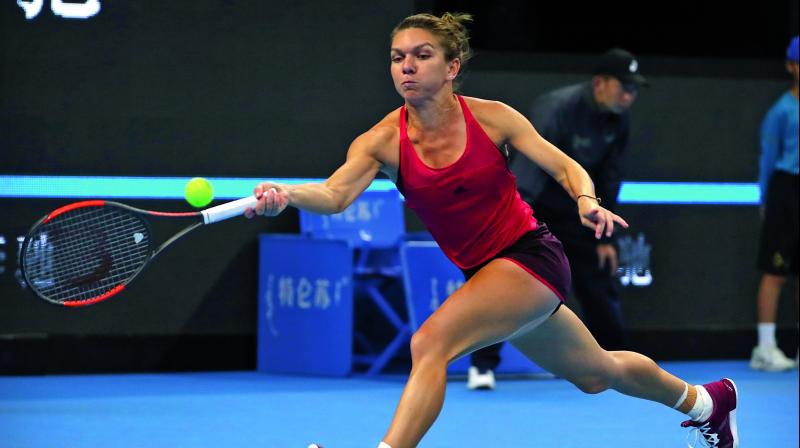 Romania’s Simona Halep returns to Maria Sharapova of Russia in their China Open third round match at the Diamond Court in Beijing on Wednesday. (Photo: AP)

Beijing: Maria Sharapova opened up on the despair she feels in defeat after she was ruthlessly knocked out of the China Open in the third round by Romania’s Simona Halep on Wednesday.

The world number two was an emphatic 6-2, 6-2 winner in 72 minutes to leave five-time Grand Slam champion Sharapova still searching for her first title since returning from a doping ban in April.

Russia’s Sharapova, a former number one now languishing at 104 in the world rankings following her 15-month suspension for taking meldonium, gave an insight into the rollercoaster of emotions in top-level tennis.

“Hard work is not good enough any more, maybe it was — I don’t know how many years ago — but that’s just not a factor any more,” said the 30-year-old, asked about comments in a book she recently released.

“The reason I say that is there’s some incredible moments, very high moments, and there are very low moments, “ she added.

Sharapova further said: “There have been times where I get off the court and you think, I don’t wish this on my future child. The feeling is so tough and disappointing.”

Redemption for Kyrgios?
Nick Kyrgios said he wanted to make up for his notorious meltdown in Shanghai last year as he beat Mischa Zverev in the second round in Beijing.

A year ago the supremely talented but combustible Kyrgios was suspended for his petulant behaviour at the Shanghai Masters, where he swore and argued with the crowd and appeared to give away points in caving in to the German.