Nadal, who won the Queen's title in 2008, intends to participate in this year's event, which begins on June 18. 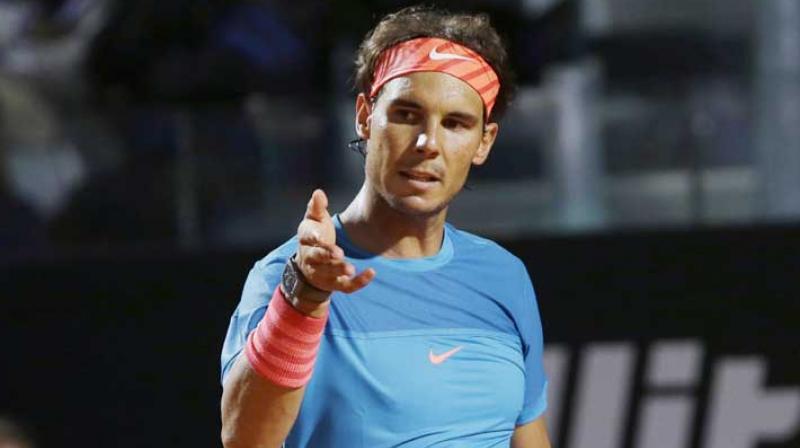 London: Spain's ace tennis star Rafael Nadal on Wednesday confirmed that he will take part in the Queen's Club Championship, a warm-up tournament ahead of Wimbledon.

Nadal has missed the grass-court tournament in west London for the last two years after suffering a wrist injury in 2016 and then prioritising rest after his French Open victory in 2017.

But the Spaniard, who won the Queen's title in 2008, intends to participate in this year's event, which begins on June 18.

"I am very excited to communicate that I am going to come to Queen's in 2018," Nadal said.

"It is going to be the 10th anniversary of my victory in 2008, it's a great memory, winning there and three weeks later winning Wimbledon. "It was an unforgettable year. I am very excited to be coming back and playing Queen's again."

Nadal's best performances at Wimbledon have always come after he has played at Queen's.

He reached the Wimbledon final five times between 2006 and 2011, winning in 2008 and 2010, and making the quarter-finals at Queen's prior to each of those appearances at the All England Club.

Stephen Farrow, Queen's tournament director, said: "We are delighted that Rafa is planning to return to The Queen's Club in 2018. "His run ten years ago, when he won at Roland Garros, Queen's and Wimbledon, will never be forgotten.

"To see him back at the top of the world rankings a decade later is a testament to his greatness and desire to achieve even more."

Nadal was forced to retire from his Australian Open quarter-final against Marin Cilic because of a thigh injury. But he said this week he could return to action at the Mexican Open in Acapulco at the end of the month.

Former Wimbledon champion Andy Murray has a contract to play Queen's for the rest of his career and is hoping to use the tournament to mark the start of his return from hip surgery in January.