The 30-year-old Scot played at Wimbledon in July but lost in the quarter-finals to American Sam Querrey. 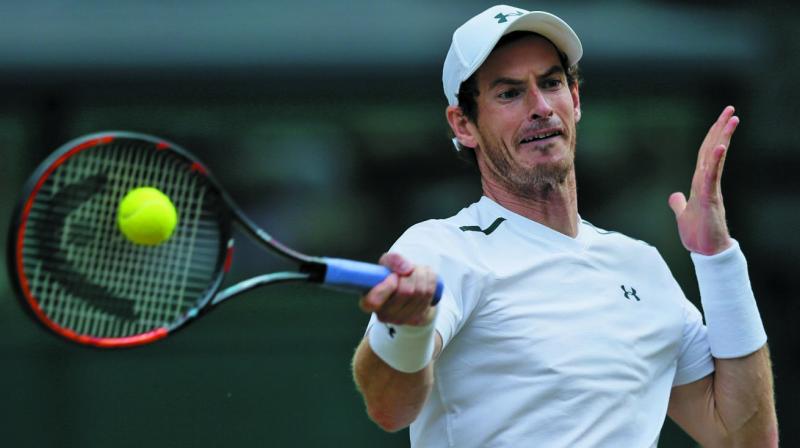 London: Britain’s Andy Murray said on Wednesday he is unlikely to play again this season due to a nagging hip injury that forced him to pull out of the US Open.

Murray, recently nudged off the top of the world rankings by Spain’s Rafael Nadal, has been struggling with the injury since a five-set French Open semi-final loss to Switzerland’s Stan Wawrinka in June. The 30-year-old Scot played at Wimbledon in July but lost in the quarter-finals to American Sam Querrey.

“Unfortunately, I won’t be able to compete in the upcoming events in Beijing and Shanghai, and most likely, the final two events to finish the season in Vienna and Paris due to my hip injury which has been bothering me the last few months,” the three-time Grand Slam champion said on his Facebook page.

“Having consulted with a number of leading hip specialists over the last week, along with my own team, we have decided that this is the best decision for my long-term future,” the world number two said.

“Although this has been a frustrating year on court for many reasons, I’m confident after this extended period of rest and rehabilitation that I will be able to reach my best level again and be competing for Grand Slam titles next season. “I will be beginning my 2018 season in Brisbane in preparation for the Australian Open.”

Murray, who has won Wimbledon twice as well as the US Open, said he was looking forward to playing in Glasgow later in the year in a charity exhibition match against Roger Federer.

The Scot, who also has two Olympic titles under his belt, did not mention the ATP Finals in London in November but is currently ninth in the race to reach the eight-man tournament and missing events will further reduce his chances.

“I have a fantastic team working alongside me to help me through this process and appreciate the support from them and all of my fans over this difficult period,” Murray wrote.

The men’s game is currently beset by a glut of injuries to big-name players, with Wawrinka, Novak Djokovic, Kei Nishikori and Milos Raonic all missing from the ongoing US Open in New York.