The WTA tournament is being run alongside the Brisbane leg of the men's new team tournament, which has taken over centre court. 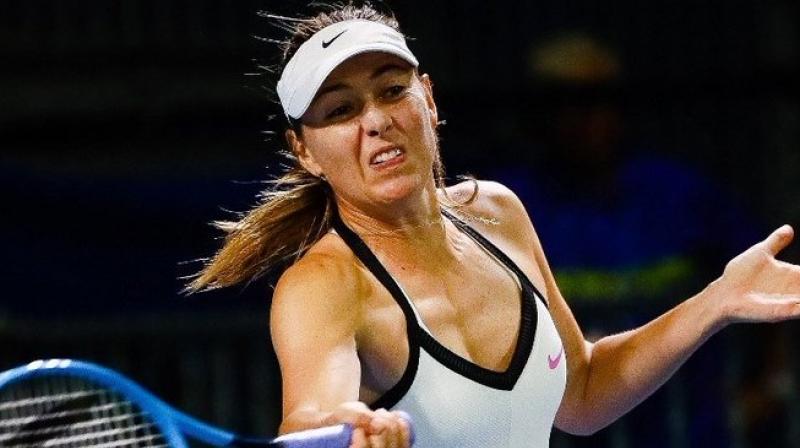 The WTA tournament is being run alongside the Brisbane leg of the men's new team tournament, which has taken over centre court at the Queensland Tennis Centre.

Former US Open champion Sloane Stephens blasted organisers on Tuesday, accusing them of favouring the male players and not respecting women, with Sharapova also weighing in.

"You definitely recognise it and notice it," she said, with even Australian world number one Ashleigh Barty, who is his hugely popular in Brisbane, relegated to an outside court.

"It feels like a little bit of a second-hand event." The ATP Cup's last round-robin matches in Brisbane are on Wednesday, meaning the women can only play on centre court from Thursday.

Under the ATP Cup's innovative tournament rules, on-court coaching is allowed and team zones are in the corners of the court, rather than on the sidelines by the umpire.

Sharapova, who crashed in the first round to American Jennifer Brady on Tuesday evening, suggested this could be a reason why women were not allowed to share centre court.

"It's definitely a bit of a strange strategic move," she said of favouring the men.

"I'm not sure (but) I heard that because the way that the court is constructed, that it's not regulation for us to be playing on centre court with the benches on the side.

"I don't know what else it might be that's preventing (us playing there), because I think there's a lot of girls that are deserving of that centre court spot in this draw.

"Everyone should have a conversation about it, that's just my outside view," she added.

Barty heads a high-quality field in Brisbane, which includes four of the women's top five.

Stephens, who is on the WTA players' council, said it was clear women had been sidelined.

"We just weren't in the conversation to even be considered," she said.

"It was what the ATP wanted -- they got what they wanted, girls to the side, that's kind of how it always is."