Djokovic is making his first start since winning his third Grand Slam title on the trot at the Australian Open in January. 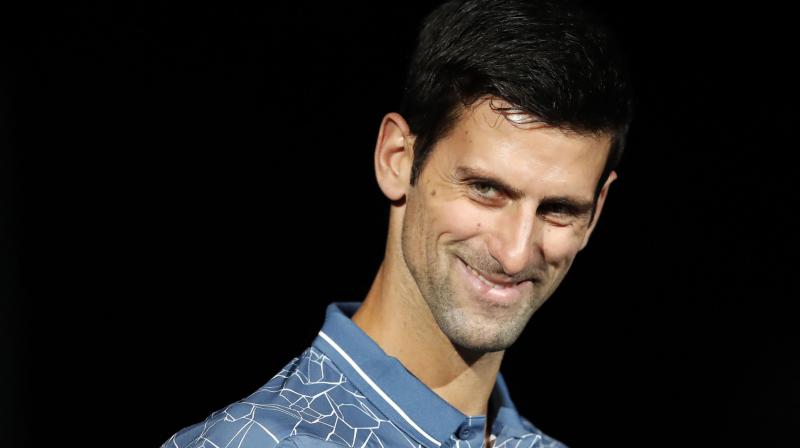 Djokovic will open in the second round against 128th-ranked American Bjorn Fratangelo. (Photo: AP)

Indian Wells: Doubt is a distant memory for Novak Djokovic as the world number one returns to Indian Wells on top of the tennis world, one year after his shock loss to qualifier Taro Daniel.

Djokovic is making his first start since winning his third Grand Slam title on the trot at the Australian Open in January. He said he wasn't fully recovered from elbow surgery when he opted to compete in the California desert last year, but it's not a decision he regrets given the events that followed in 2018. "I definitely wasn't ready to compete at this level last year," the Serb said on Thursday as he looked forward to his title defense in the elite Masters series event.

"I was kind of convincing myself that I was, but I truly wasn't. "I know most of my team members at the time were against me playing in Indian Wells and Miami because it was too early after the surgery. "I could have, should have made a different decision, but I believe it also taught me some valuable lessons that helped me to create amazing results in the next seven, eight months and get from 22 in the world to No. 1 in the world in less than six months."

Djokovic would cement his return with a Wimbledon title and follow that with a US Open crown. He dominated Rafael Nadal in January's Australian Open title and must be favored for a sixth Indian Wells crown -- which would see him break the record he currently shares with fourth-seeded Roger Federer.

Djokovic will open in the second round against 128th-ranked American Bjorn Fratangelo, who beat fellow qualifier Elias Ymer of Sweden 4-6, 6-2, 6-2.
He could face a dangerous third-round clash with Australian Nick Kyrgios, seeded 31st, who is coming off his first title in more than a year in Acapulco last week. Kyrgios will take on Philipp Kohlschreiber in the second round after the German veteran dispatched France's Pierre-Hugues Herbert 6-4, 6-0.

Kyrgios in-form
The Australian beat Nadal, former world number three Stan Wawrinka, ninth-ranked John Isner and number three Alexander Zverev on route the title in Mexico. He also holds a 2-0 career record against Djokovic, including a straight-sets victory over the Serb star in Indian Wells two years ago.
"If I get a chance to play against him ... I'll look forward to that because he's in-form," Djokovic said. "On the other hand, I started the season very well.
"I hope I can restart here where I stopped in Australia."

In other first-round matches Thursday American Sam Querrey defeated Italian Matteo Berrettini 7-6 (7/5), 2-6, 6-4 to line up a meeting with 13th-seeded Milos Raonic -- a rematch of their quarter-final here last year won by the Canadian. Veteran Ivo Karlovic defeated Australian Matthew Ebden 7-6 (7/3), 7-6 (7/3) to line up an all-Croatian clash with 11th-seeded Borna Coric.