Venus Williams received medical attention from a trainer late in the first set, saved her best tennis for the biggest moments. 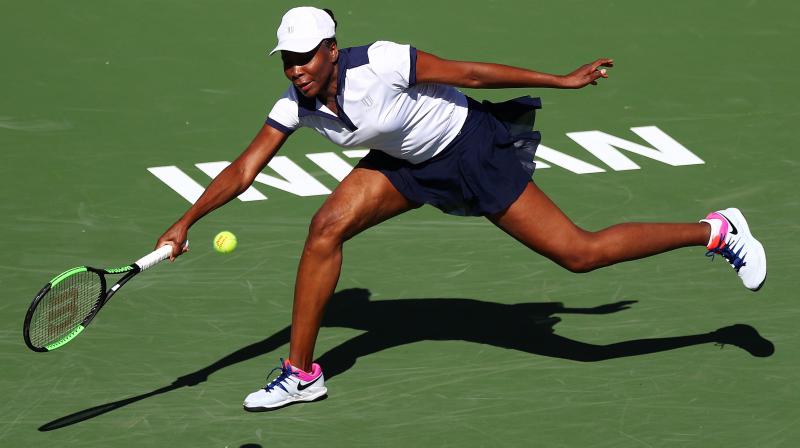 Asked in an on-court interview to describe the encounter, the 38-year-old former world number one was almost at a loss for words. (Photo: AFP)

Indian Wells: Venus Williams played through illness to win a seesaw opening round match against German Andrea Petkovic 6-4 0-6 6-3 at the BNP Paribas Open on Thursday.

Williams, who received medical attention from a trainer late in the first set, saved her best tennis for the biggest moments, breaking Petkovic for a sixth time in the final game to make up for a dismal second set.

Asked in an on-court interview to describe the encounter, the 38-year-old former world number one was almost at a loss for words.

“I don’t know honestly. I’m still trying to figure it out,” she said to laughs from the crowd on a sunny and windy day in the California desert.

“Every day is not your best day but that doesn’t mean the heart and desire aren’t there.”

Thursday’s match was just Williams’ seventh of the year and first since January’s Australian Open, where she fell to Simona Halep in the round of 32.

The win sets up a mouthwatering second-round clash with third seed Petra Kvitova, who holds a 4-2 edge in their previous meetings.

Canadian Eugenie Bouchard also required medical attention during the second set of her closely-fought evening match against Kirsten Flipkens, where she fell 7-5 3-6 7-5 to the German.

It was unclear what the problem was with Bouchard, who held a towel to her face while trainers attended to her during a medical timeout. But she appeared fine after the break.

The marathon battle included fantastic points from both players but Flipkens was ultimately the sharper of the pair, smacking a forehand winner cross court on matchpoint to advance to the second round of the tournament for a fifth time.