World number four Alexander Zverev, supposedly the brightest star of the sport’s new generation, exited in the third round in New York. 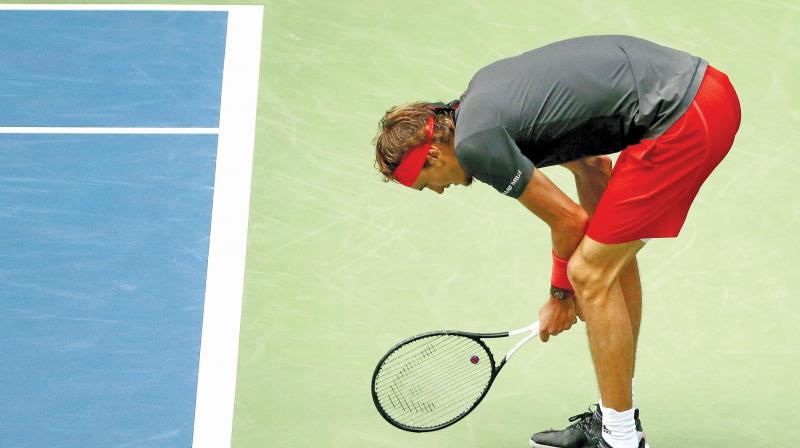 World number four Alexander Zverev lost in the third round at the US Open. (Photo: AP)

New York: They came, they saw, they flopped — again.

With the notable exception of Australian 19-year-old Alex de Minaur, and his Saturday night, Sunday morning pyrotechnics against 2014 champion Marin Cilic, the US Open has been yet another Grand Slam to forget for the widely-hyped ‘NextGen’.

Similar to Wimbledon, where the average age of the quarter-finalists was 31, the eight men who’ll contest the same stage in New York this week have an average age of 29.5.

The youngest is Dominic Thiem who turned 25 on Monday.

World number four Alexander Zverev, supposedly the brightest star of the sport’s new generation, exited in the third round in New York.

Zverev has still to get beyond the quarter-finals of a major with a troubled run to the last eight at Roland Garros this year his best performance. Yet he has nine tour titles with three this year in Munich, Madrid and Washington.

He was also runner-up at Masters events in Miami and Rome.

He bristled when asked if he is lacking something in his competitive DNA when it comes to the majors.

“You are over-thinking this way too much,” said Zverev who came to New York with a season-leading 45 match wins.

However, he is not alone in his struggles. Of the other seven men who contested the inaugural ‘NextGen’ finals in Milan last year, the best run at the US Open came from 21-year-old Borna Coric who went to the last-16.

Play until they’re 40
Karen Khachanov gave Rafael Nadal a scare before losing in the third round, the same stage that saw the exits of Denis Shapovalov and Daniil Medvedev.

Chung Hyeon, who at least had the consolation of a shock semi-final run at the Australian Open, lost in the second round.

Russia’s Andrey Rublev was a first round casualty while Jared Donaldson, the other Milan finalist, never made it to the tournament, withdrawing with a knee injury.

At Wimbledon, only Khachanov of the eight managed to make the second week. Adding to the headaches for the under-performing young brigade is that the sport’s heavyweights still maintain an iron-grip on the Grand Slams.

Federer, Nadal and Djokovic were all Grand Slam winners before they were 22.

Russia’s Marat Safin, one of the men to break the pattern by winning the 2005 Australian Open, said he can see the likes of 37-year-old Federer and Nadal, 32, playing until they are 40.