The popular Romanian showed signs of nerves at first but recovered to outclass her 10th-seeded opponent. 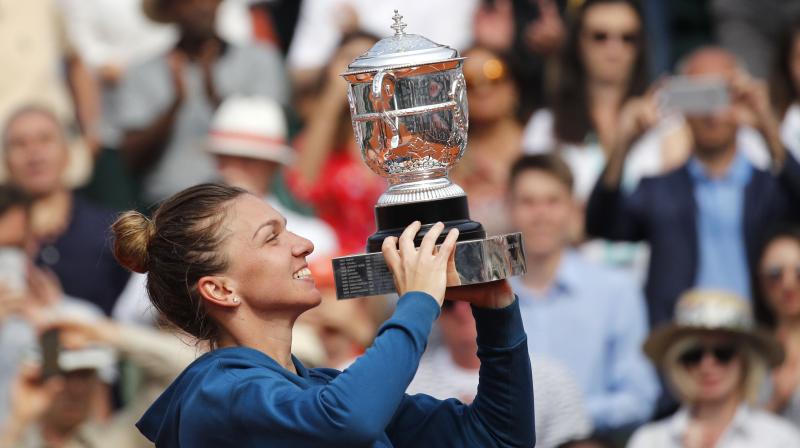 U.S. Open champion Stephens used her powerful game to full effect to take the first set but then ran out of steam as Romania’s Halep completed a memorable victory.(Photo: AP)

Paris: World number one Simona Halep ended years of heartache to clinch her first Grand Slam title with 3-6 6-4 6-1 victory over American Sloane Stephens in the French Open final on Saturday.

The popular Romanian, who had lost three major finals before Saturday, showed signs of nerves at first but recovered to outclass her 10th-seeded opponent.

“Thanks guys it was amazing and I felt your support,” Halep, twice a runner-up in Paris before Saturday, told the crowd who were chanting her name.

“In the last game I couldn’t breathe, I just didn’t want to repeat what happened the other years. I dreamed of this moment since I started to play tennis and I can’t believe it.”

U.S. Open champion Stephens used her powerful game to full effect to take the first set but then ran out of steam as Romania’s Halep completed a memorable victory.

The American, who will break into the top five for the first time when the new rankings are released on Monday, broke Halep in the fourth game before taking the first set after 41 minutes.

The second set was tighter as the players traded breaks until Halep finally got back on level terms when Stephens hit a backhand wide on set point.

Halep, who was beaten in the 2017 final despite holding a set and 3-0 lead against Latvian Jelena Ostapenko, kept up the momentum in the third set on Saturday to open up a 5-0 lead before earning a match point with a raging smash.

Stevens netted a service return to bow out.