German’s stunning season earns him a ticket to London. 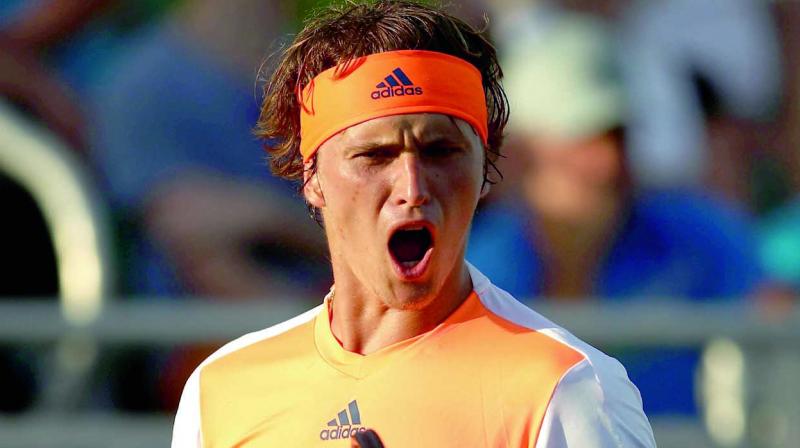 Milan: Rising star Alexander Zverev dropped by to hit a few balls as the Next Gen ATP Finals showcasing future idols and innovations of tennis got underway in Milan on Tuesday.

Zverev, at 20, should have been among the line-up in the under-21 version of the ATP Tour Finals but his stunning season has already earned him a ticket to play with the big boys in London.

He snatched five titles in a whirlwind 2017, brushing aside the likes of Novak Djokovic and Roger Federer. The only survivor was Rafael Nadal who beat the upstart German twice.

“Playing some of the eight best players in the world is very special,” said Zverev of next week’s London challenge. “It’s going to be an amazing experience after a lot of ‘first times’ this year.”

Zverev was even beginning to sound like a battle-hardened tennis star, when asked to name his idol. “Roger Federer ... I’ve answered this question about 150 times!” he snapped.

As he plotted his challenge against his childhood heroes — playing just an exhibition game in Milan — a group of eight wannabes were competing for the Next Gen ATP trophy in a tournament with prize money worth $1.275 million with a twist.

Music blasted, strobe lights flashed, players wore headphones to chat to their coaches and checked their stats on a tablet in between sets as the crowd moved around freely during the match in the huge set prize money game.