Rafael Nadal successfully defended the Roland Garros crown as he beat Thiem 6-4, 6-3, 6-2 in the summit clash. 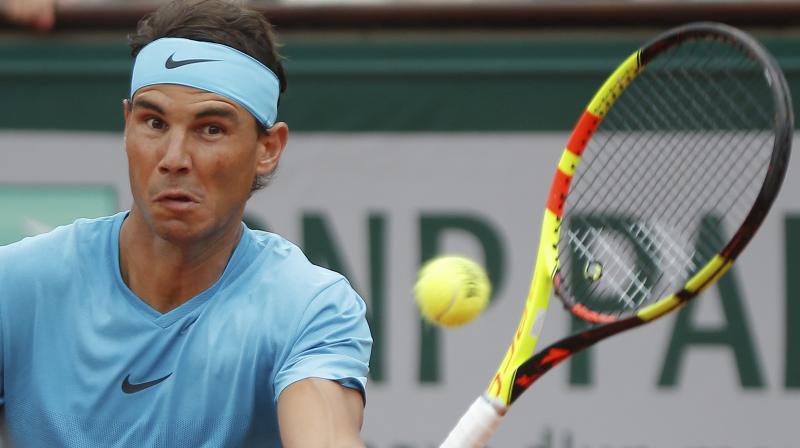 Despite Thiem fighting back throughout the course of the match, it was the King of Clay who prevailed in Paris once again.

The main problem for Thiem was unforced errors, which eventually became a major problem.

Thiem took a 1-0 lead for the first time in the match, but that was not enough for him to stay in the game.

In the end, despite struggling with an injury, it was the Spaniard came victorious.

With the score reading 5-2 in the third set, Nadal cruised to 40-0, but Thiem fought back. However, unforced errors came to haunt Thiem again as Nadal defended his Roland Garros title with ease.

Nadal is almost on thew verge of a historic win here despite suffering an injury in his finger. What's causing Thiem problems is unforced errors.

Dominic Thiem has once again failed to catch up to Rafael Nadal, who takes the second set. The Spaniard is just one set away from his 11th Roland Garros victory. Is it too late for Thiem to spoil Nadal's party?

After three back-to-back games for King of Clay, Thiem has bounced back strongly to make it 3-1. This was a much-needed game for the Austrian and will have to do the same if he is to stay in the match.

WHAT A GAME! Dominic Thiem has managed to equalise the score, courtesy unforced errors by Nadal. This match is already intriguing.

Nadal struck early, taking the first two games, but Thiem has been equally good as he bounces back. Trailing 2-0, Thiem bounced back to break Nadal's serve in the third game and follow it up with a deserved equaliser.

Come June 10, Sunday and Spain’s Rafael Nadal will look to clinch his 11th French Open men’s singles title when he takes on Austria’s Dominic Thiem in the final.

Nadal is the defending champion of the tournament, and a win will take his Grand Slam win tally to 16 titles.

The King of Clay will start as the favourite to win the title, whereas Thiem is appearing in his first –ever Grand Slam final.

In terms of head-to-head, Nadal has the advantage, having won six of the nine matches against Thiem.

Meanwhile, Nadal’s win-loss record in Paris could be a scare for his Austrian opponent. The Spaniard has won 85 of the 87 matches in Paris despite struggling with injuries recently.

For Nadal, the only match which went beyond the third set was the quarterfinal against Argentina’s Diego Schwartzman, where the final score read as  4-6, 6-3, 6-2, 6-2.

In fact, one should note that the 32-year-old came back from one set behind to stun the Argentine.

Thiem, meanwhile, has had a tough road so far till the final. In the semifinal, he was pitted against Marco Cecchinato, who was fresh from knocking out Novak Djokovic in the last eight clash. However, despite suffering some scares, the World number 7 went onto beat the Italian 7-5, 7-6, 6-1.