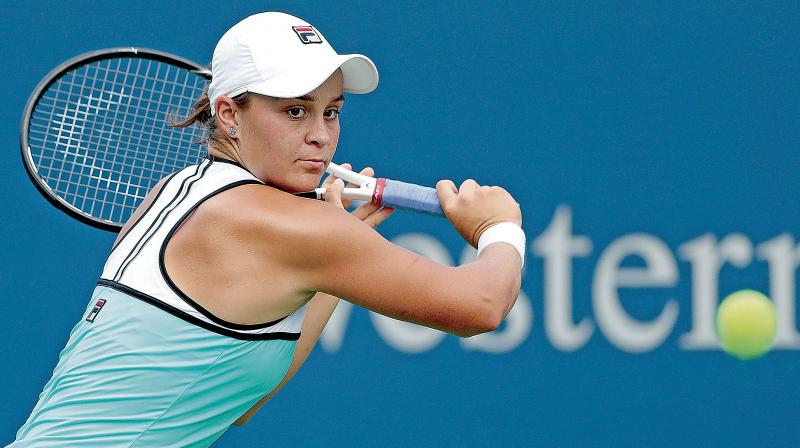 New Delhi: Australian tennis player Ashleigh Barty on Saturday practiced her trademark forehand volleys with a cricket bat to do something productive in the self-isolation period.

All sporting action across the world has come to a halt due to the coronavirus pandemic.

Barty shared a video on Twitter in which she can be seen practicing her forehand volleys.

Barty, who plays professional tennis now, had also tried her hand at cricket and she represented Brisbane Heat in the Women's Big Bash League.

She had taken a break from her tennis career in 2014 and a year later she played in the Women's Big Bash League (WBBL) for Brisbane Heat.

However, she made her return to tennis in 2016.

Barty had won the French Open in 2019 defeating Marketa Vondrousova in the finals.

As a result, she had become the first player from her country to win a major singles title since Samantha Stosur at the 2011 US Open.