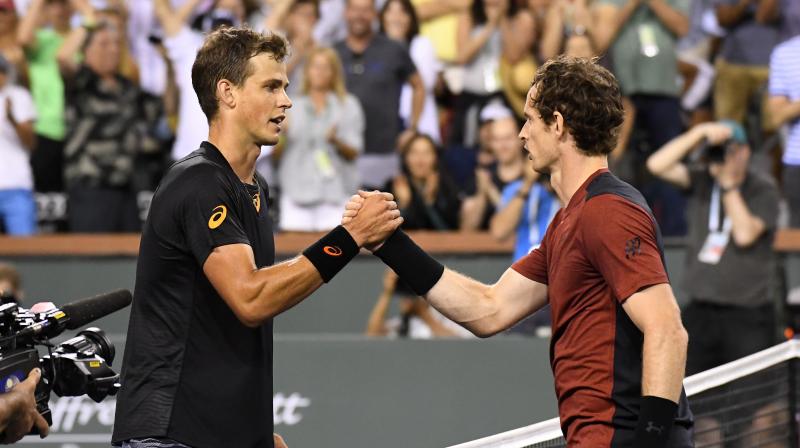 It was yet another disappointing performance by Andy Murray in the California desert, where his best showing is a 2009 runner-up finish to Rafael Nadal. (Photo: AP)

: World No.1 Andy Murray on Sunday suffered a major setback as he crashed out of the ongoing ATP Indian Wells Masters after being defeated by Canadian qualifier Vasek Pospisil in straight sets.

It was yet another disappointing performance by the 29-year-old in the desert, where his best showing is a 2009 runner-up finish to fourteen time grand slam champion Rafael Nadal.