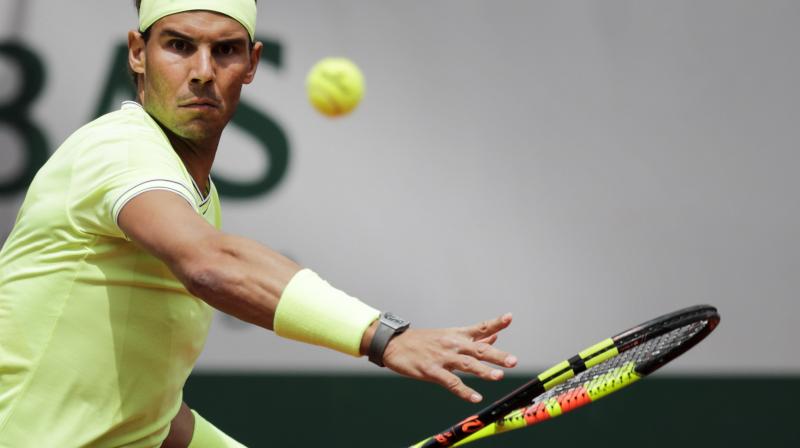 Nadal said he had struggled to stay motivated because of the constant pain but had been determined to acquit himself well at Roland Garros. (Photo: AFP)

French Open champion Rafa Nadal has said he nearly ended his season after being forced to withdraw from the Indian Wells semi-finals with a knee injury in March but played through the pain at Roland Garros to clinch a record-extending 12th title.

Nadal conceded a walkover to Roger Federer at Indian Wells and skipped the Miami Open before returning to the tour for the clay season, where he lost three semi-finals in a row before winning titles in Rome and Paris.

“Mentally, after Indian Wells, I suffered a major downturn,” the Spaniard told the ATP website. “I considered shutting down my season to see if my body would recuperate instead of playing through injury after injury.

“Another option was to press on and play through the pain. Either way, the outlook was bleak. It required a change of mindset... and that doesn’t happen overnight.

“I was reluctant and hesitant to return. Physically, because of another tendon tear in my knee, and on top of going through all the treatment required in the recovery process, there was dealing with the pain.”

The 33-year-old said he had struggled to stay motivated because of the constant pain but had been determined to acquit himself well at Roland Garros.

“Between the level of pain and just being sidelined, there came a time when I just felt tired of all of this,” he added. “I was sick of always being in pain.

“After Indian Wells, I took a moment to make sense of all of it... I promised myself that I would play through Roland Garros with the attitude and energy necessary to confront all obstacles in my way.”

Nadal’s French Open victory put him two Grand Slam titles behind Federer’s all-time record of 20 and the Spaniard has announced his intention not to play again until Wimbledon, which begins on July 1.