The news of the freak bullet injury shook the hockey fraternity and Sandeep was confined to bed for months after being paralysed waist down. 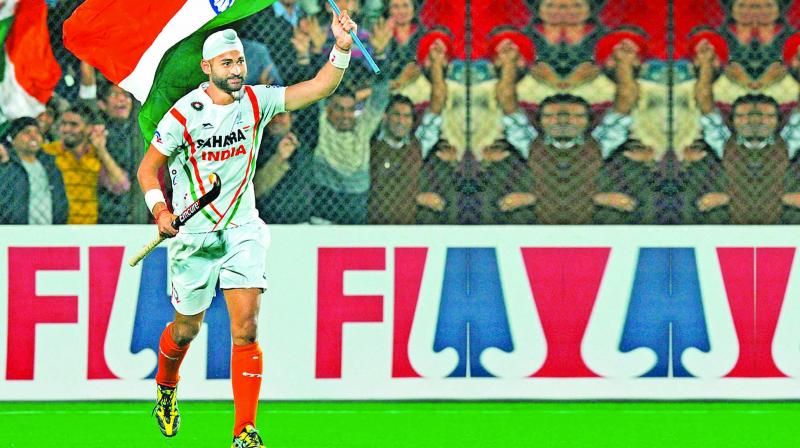 When life throws a curveball, new strengths are discovered, new heroes are born. A freak accident left hockey star Sandeep Singh paralysed. But grit and talent made him claw his way back to the top again and become India captain. A new film on his life celebrates the power of determination and hope.

August 21, 2006.
A 20-year-old hockey player took the Chandigarh-New Delhi Shatabdi train eager to join his World Cup-bound teammates. India were set to compete in the 2006 World Cup at Monchengladbach, Germany, in a few days’ time and defender Sandeep Singh was an integral part of the team.

After breakfast, Sandeep was relaxing when suddenly a sharp object hit his back. He was thrown off his train seat and wriggled on the floor in a pool of blood.

An RPF Jawan, sitting right behind Sandeep, was cleaning his rifle when the trigger went off accidentally and the bullet pierced through Sandeep’s lower back. And even before he could realise its impact, Sandeep’s dreams and hopes of the World Cup were over.

The news of the freak bullet injury shook the hockey fraternity and Sandeep was confined to bed for months after being paralysed waist down. From a fast-rising star, Sandeep was now struggling to get out of a wheelchair and faced tough questions about his future. But the dark period was followed by an amazing comeback that saw him become India captain in 2012.

A Bollywood movie based on his life is now set to hit the screens this Friday. Titled Soorma, and directed by Shaad Ali, the film has actor-singer Diljit Dosanjh playing Sandeep’s character and Taapsee Pannu playing his love interest.

A few days ago, Sandeep “found the courage” to travel in a train again — his first train journey since the 2006 incident — along with Dosanjh, something the hockey player says brought back “strange memories”.

“It has been a remarkable journey. From breaking into the India side to being injured to making a comeback when no one believed in me… I saw tough times and there were many nights when I would just cry out aloud. I was not sure if I would ever be able to wear that blue India jersey. Every step was a struggle… from the bed to the wheelchair to learning how to walk. Hockey demands top fitness and it took me months of blood and sweat to make a comeback. Now, to see all this on the big screen and share my story with the world is something that makes me emotional and happy at the same time,” says Sandeep. 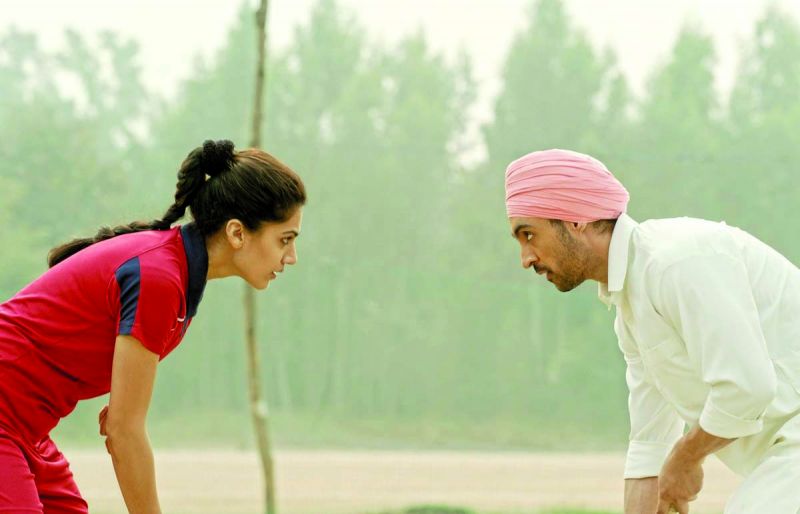 A still from Soorma

Back in 2006, the doctors had told Sandeep that he would never be able to walk again leave alone playing hockey. He was depressed and broken, but never gave up hope.

While in hospital, he requested his elder brother Bikramjit Singh, also a hockey player, to bring him a hockey stick and would sleep with the stick in his hand. When after months, he first began to walk he used the stick for support.

“I never wanted to leave hockey and kept the stick with me 24x7 as a reminder that I have to play for India again. The pain was immense and I could not sleep for nights… the doctors said it was not possible to play again but my family stood by me and became my support.”

After months of rehabilitation in the US, Sandeep was finally back on his feet. The journey to the hockey field took another six months. And when he finally returned to the field in 2008, it was one of the greatest comeback stories in Indian hockey. He not only established his place in the team, but also went on to lead the team.

“It was all like a dream coming true. A blessing from above,” says Sandeep, who is happy that Dosanjh is playing his character in the movie. “He can do full justice to it and I think the movie will reflect my true struggle.”