The 2016 Australian Open champion dominated her Chinese opponent from the outset. 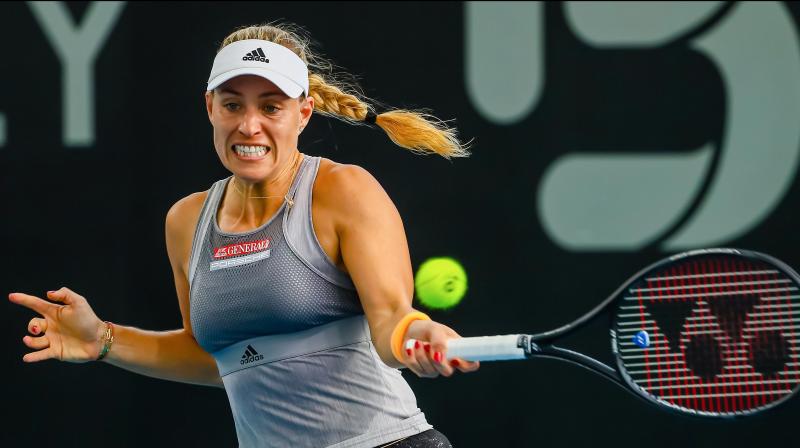 Former world number one Angelique Kerber swept past the challenge from China’s Wang Qiang 6-1 6-3 to pick up her first win of the year at the inaugural Adelaide International on Monday. (Photo:AFP)

SYDNEY: Former world number one Angelique Kerber swept past the challenge from China’s Wang Qiang 6-1 6-3 to pick up her first win of the year at the inaugural Adelaide International on Monday.

The 2016 Australian Open champion was defeated in the opening round at Brisbane last week by Samantha Stosur but dominated her Chinese opponent from the outset.

The German has seen her singles ranking drop to 18 in the world after winning just four matches in her previous nine tournaments and would need some confidence-boosting wins before the Australian Open.

The Adelaide tournament, which kicked off on Sunday, is a combined ATP and WTA event that replaces the Sydney International, which was dropped from the calendar to accommodate the ATP Cup.

The tournament has lost some of its sheen after Australia’s top-ranked men’s player Alex de Minaur withdrew due to an injury, joining world number two Novak Djokovic as late withdrawals.

Women’s world number one Ash Barty is the top draw at the tournament and will hope to get some matches under her belt before the first Grand Slam of the year, which starts in Melbourne next week.

Barty had a bye in the first round and will begin her Adelaide campaign on Tuesday against Anastasia Pavlyuchenkova after she suffered a similar fate as Kerber in falling in her Brisbane opener to Jennifer Brady.

“Every match here is a bonus. I feel like I’ve trained, done all the preparation well to put myself in a position to try and play my best tennis,” she said. “That’s all I can ask of myself.

“Regardless of whether it’s one match or if it’s three or four or five matches here, I think we’ll be ready come next week when we have to deal with that.”

Hometown favourite Ajla Tomljanovic recovered from a bumpy start to beat Kazakh qualifier Yulia Putintseva 7-6(4) 6-2 in the women’s singles and set up a clash against Wimbledon champion Simona Halep in the second round.

Twice Grand Slam winner Halep was a 2018 finalist at the Australian Open and cannot wait to get her season started.

“I feel good. I feel healthy. I have no problems. I had the chance to train properly in the off-season,” the Romanian former world number one said.

“I worked hard. I feel much better than last year when I started the year. Now we have just to play and to see how it’s going to go.”

In the men’s section, big-serving American Sam Querrey had to dig deep to beat French qualifier Gregoire Barrere 6-7(4) 6-2 7-6(5) but Brit Dan Evans continued his strong form from the ATP Cup with a 6-2 6-4 thrashing of Argentine Juan Ignacio Londero.